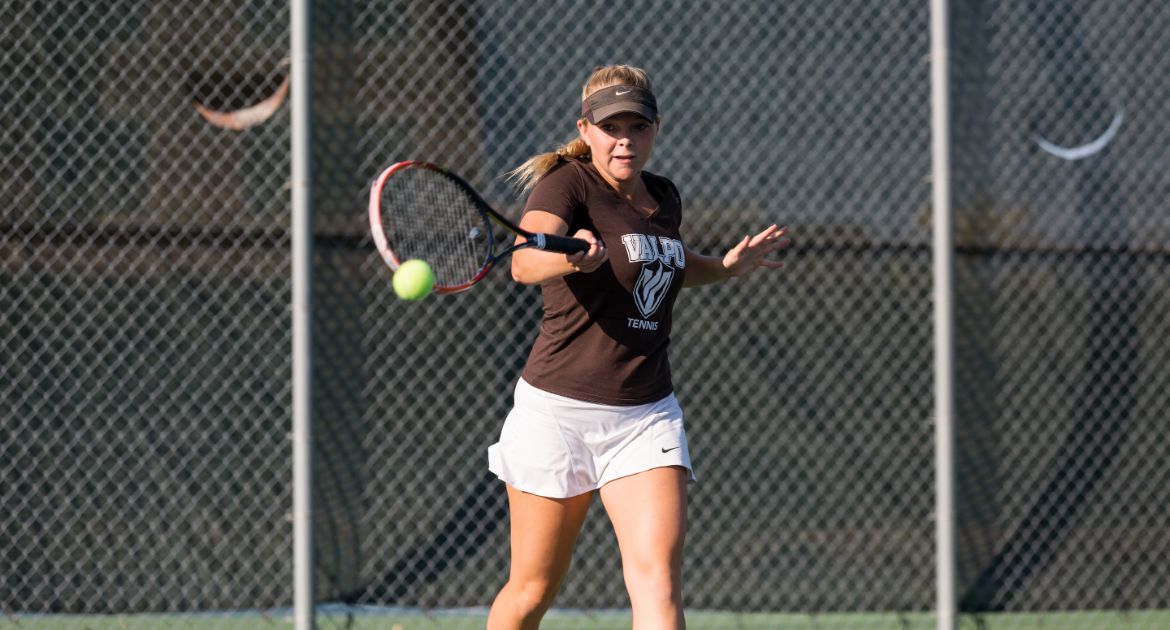 Halle Roach helped Valpo to a No. 3 doubles win on Saturday.

The Valparaiso University women’s tennis team battled the elements, an injury and the opposition on Saturday at Gregory Street Tennis Courts in Normal, Ill. The host Redbirds picked up a 7-0 victory in Valpo’s first outdoor match of the season.

The Crusaders will close out the regular season on Sunday at Bradley, a match that is slated to begin at 10 a.m. CT.