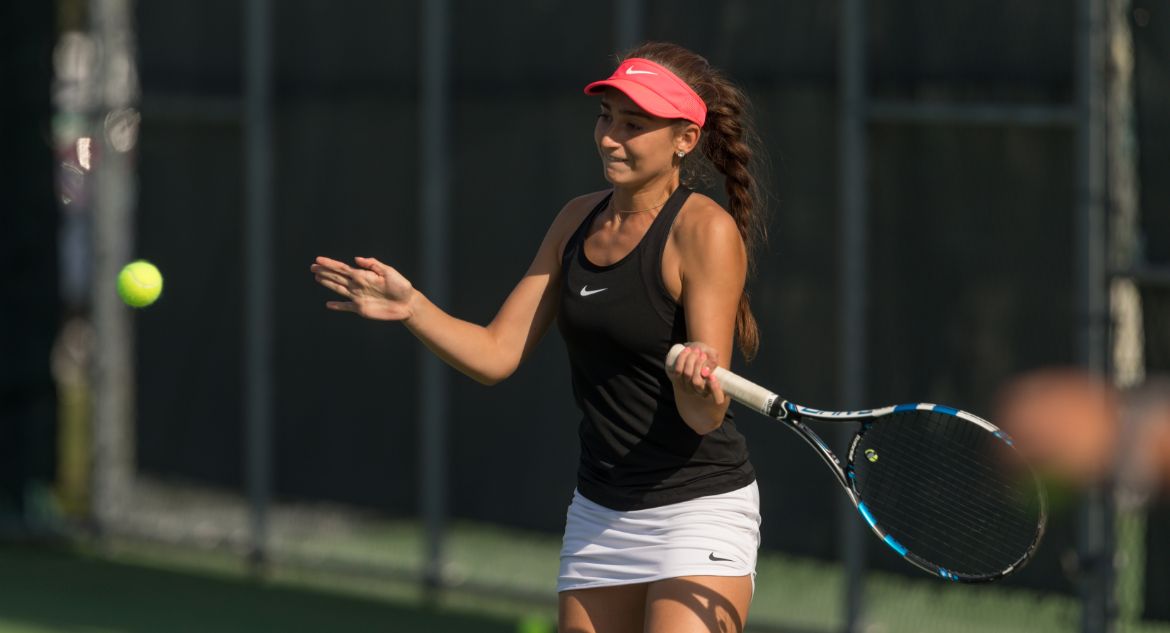 The accomplishments keep coming for a standout student-athlete who is only in her third semester on campus. On Sunday, the player who etched her name into the program record book and earned all-conference honors as just a freshman last season added to her list of achievements with her most noteworthy feat yet. Vujanic beat Bradley’s Sandra Maletin 6-1, 6-2 to take the Flight 1 Singles title at the MVC Women’s Tennis Individual Championship in Springfield, Mo.

“Jelena dominated the final match and had total control over the court from start to finish,” Valpo head coach Tammy Cecchini said. “She played well the entire tournament and put together a really impressive performance. I’m extremely proud of the way she played this weekend.”

Vujanic, who garnered her 27th career singles win and now stands at 8-1 on the season, headlined a large contingent of Valpo players who reached Sunday’s final day of competition. Vujanic teamed up with doubles partner Claire Czerwonka (Kenosha, Wis. / Saint Joseph Catholic Academy) for a 6-3 win over Drake’s Petushakova/Palumbo for third place in Flight 1.