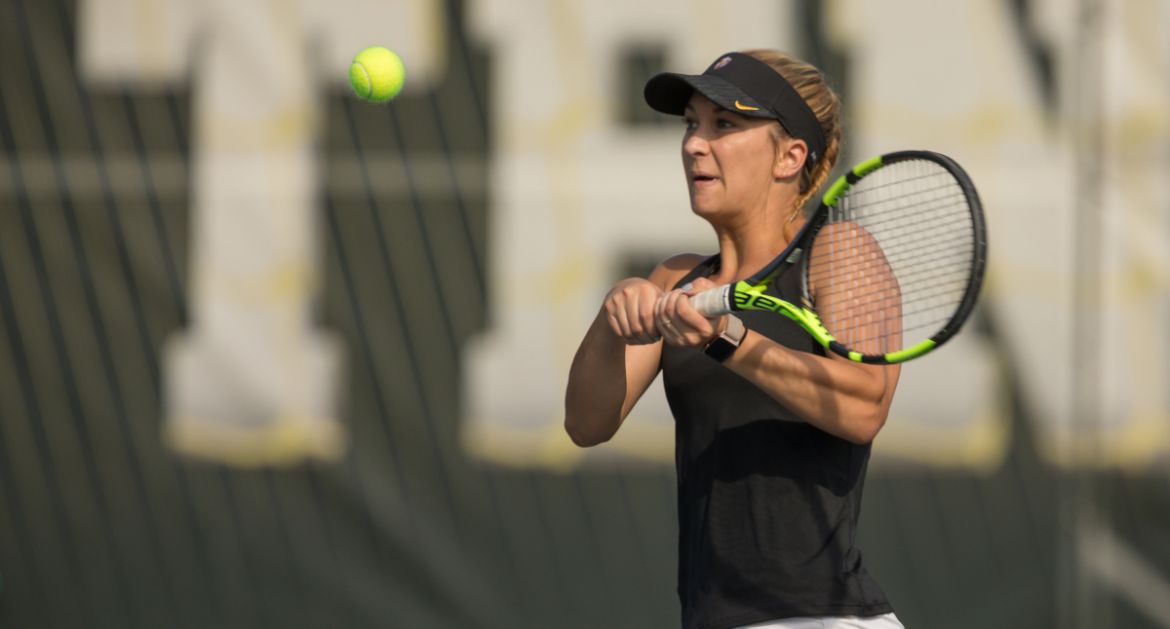 Senior Randi Wind won the second set against Toledo before falling in a tight third set.

The Valparaiso University women’s tennis team opened the spring slate on Sunday afternoon with a 7-0 setback at Toledo. Valpo played short-handed in the match with two players sidelined by injuries, including a No. 1 singles injury that caused every player to climb a position in the lineup. Toledo provided a quality opponent as the Rockets went 16-7 overall and 8-1 at home last season.

Valpo (1-1) will return to action on Saturday at 10 a.m. against Butler in a match that will take place at The Northwest Athletic Club in Michigan City. The originally scheduled match against IUPUI on Friday has been postponed and will be made up at a later date.