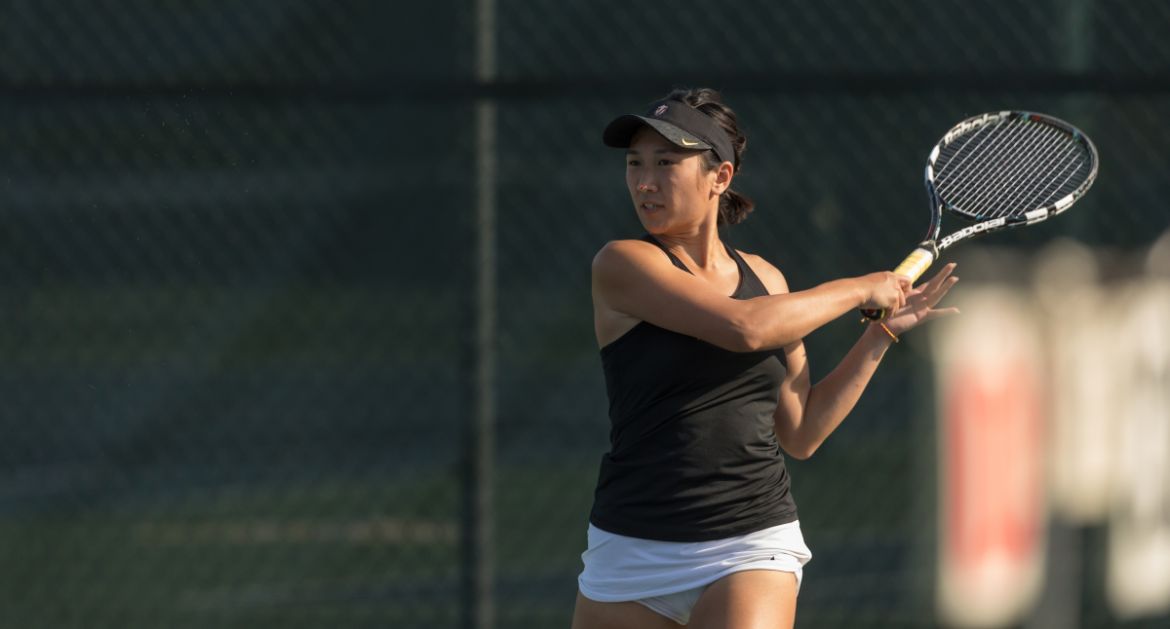 Dao Sysouvanh picked up her first win of the spring season on Sunday.

A victory at No. 4 singles for Dao Sysouvanh (Sun Prairie, Wis. / Sun Prairie) provided the highlight of the day for the Valparaiso University women’s tennis team on Sunday. She accounted for Valpo’s triumph in a 6-1 setback to Wayne State at Match Point Tennis Club in Griffith. The Warriors are ranked 21st nationally in Division II.

Valpo will compete in a pair of matches on Saturday, April 6, hosting Bradley in Missouri Valley Conference play at 2 p.m. before a 6 p.m. showdown with Ohio Northern in nonconference action. The matches will take place either outdoors at the Valpo Tennis Complex (weather permitting) or indoors at Match Point Tennis Club in Griffith.