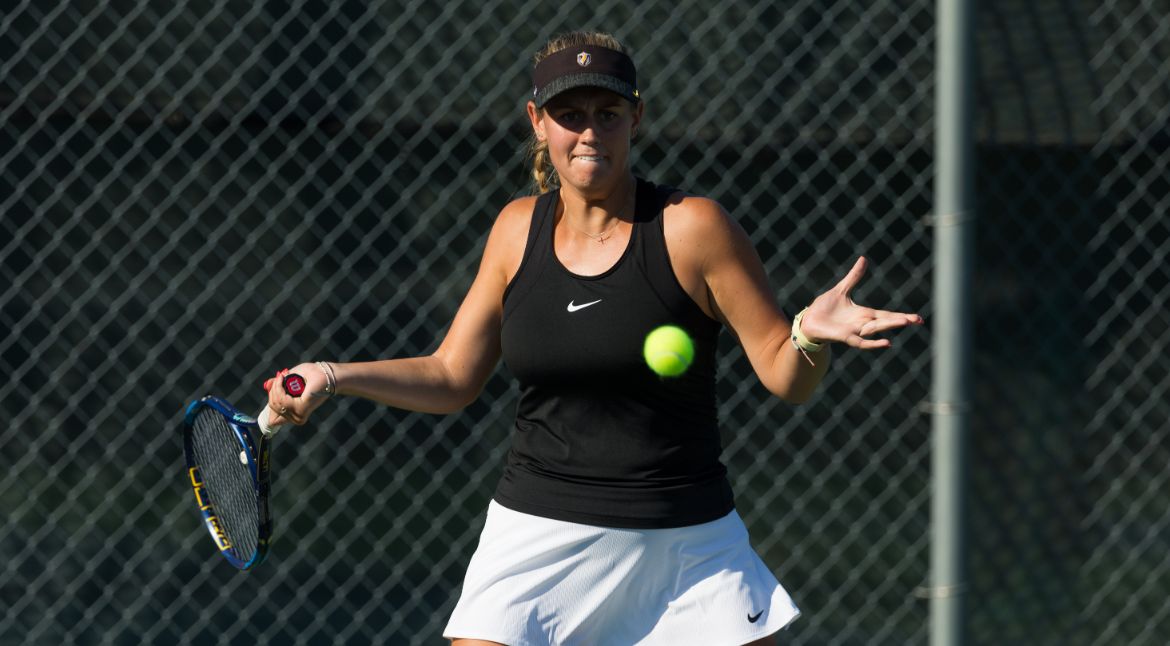 Isabella Schoolcraft was one of four Valpo players to prevail in singles on Sunday.

The Valparaiso University women’s tennis team won four of its six matches, sweeping the top four singles spots on Sunday at the Cougar Invitational. Valpo didn’t drop a set in any of the victories, sustaining a successful start to the fall season under first-year head coach Bob Modesto. This weekend’s event was hosted by Chicago State and utilized a hidden duals format.

Valpo will make another trip to Chicago this coming weekend to compete in the UIC Tournament beginning on Friday.