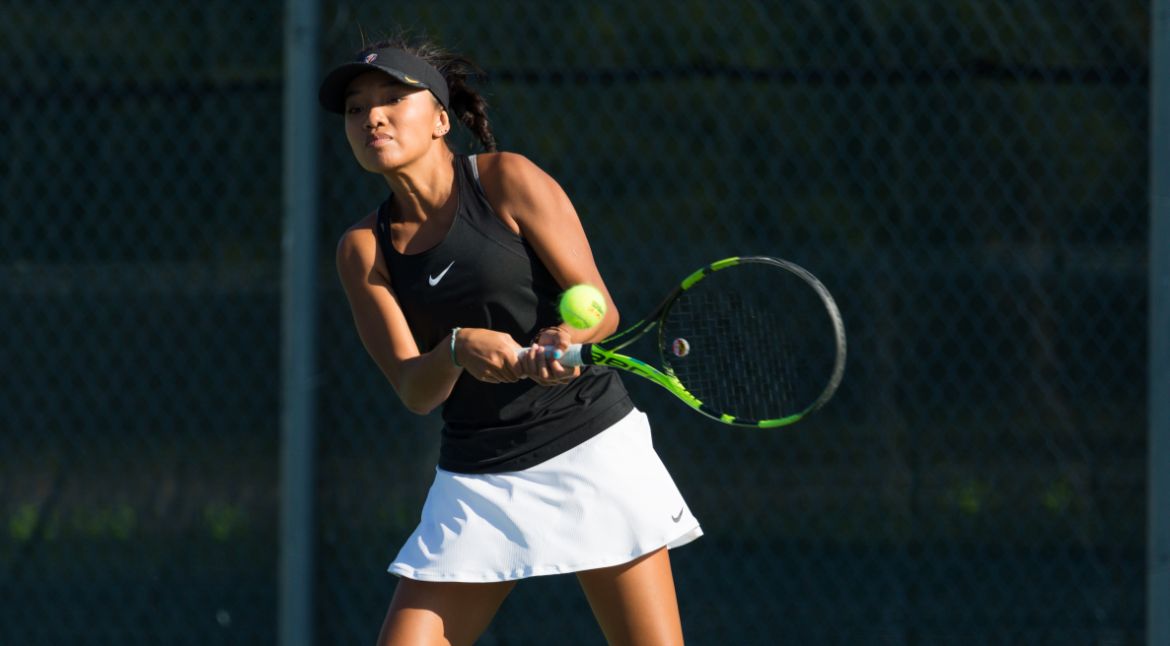 Amanda Tabanera picked up a win in the first round of the ITA Regional qualifying draw on Thursday.

A win by freshman Amanda Tabanera (Valencia, Calif. / Valencia) highlighted the first day of action for the Valparaiso University women’s tennis team at the ITA Midwest Regional, hosted by Michigan State University in East Lansing. Tabanera was one of four Valpo players selected to compete in the event’s qualifying draw and nailed down a first-round victory.

A pair of Valpo doubles tandems qualified for the main draw doubles bracket, which begins on Friday afternoon. Claire/Schoolcraft will face off with Vasilescu/Pedroso of Arkansas, while Olivia/Demi Jhaveri will battle Toledo’s Leenabanchong/Carney.