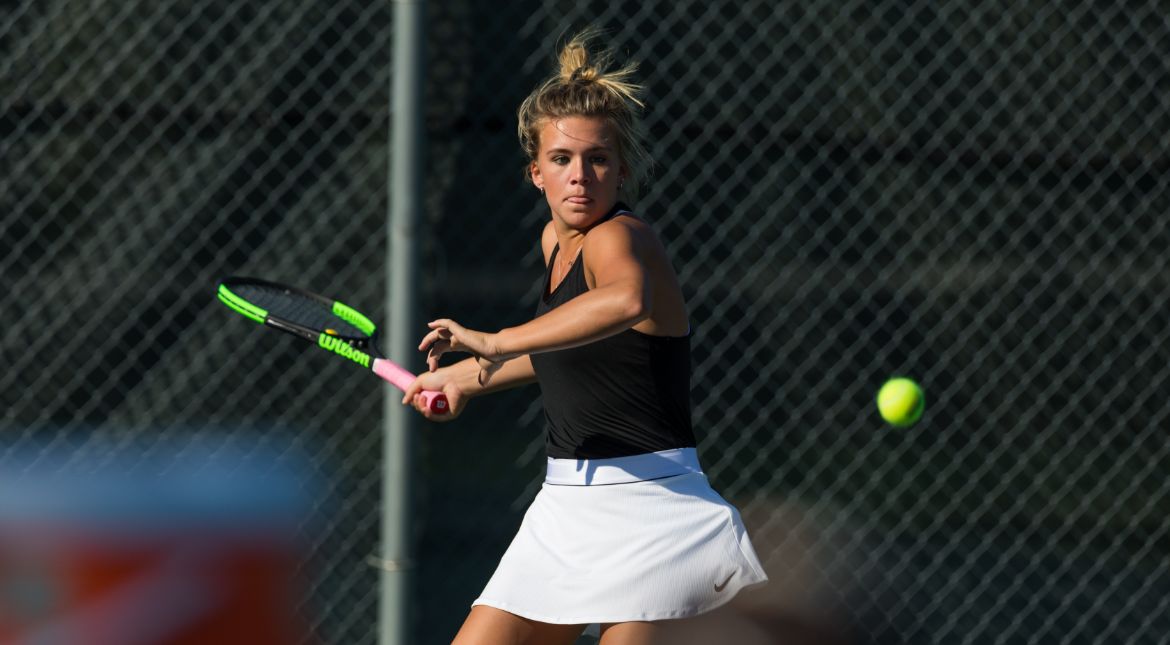 Claire Czerwonka picked up a win in her first college match in her home state on Saturday.

The return to the state of Wisconsin was a happy one for Valparaiso University junior Claire Czerwonka (Kenosha, Wis. / Saint Joseph Catholic Academy) and senior Dao Sysouvanh (Sun Prairie, Wis. / Sun Prairie) on Saturday. Both Wisconsin natives emerged victorious in their singles matches, providing the highlight of Valpo’s 5-2 defeat to Milwaukee at River Glen Elite.

“It’s not often when a team loses that the head coach is happy with the performance, but today was one of those matches. This team fought and left it all out on the court. We have a positive outlook going forward both this season and in the future.”

Valpo (3-2) will remain in the state of Wisconsin to face another old Horizon League mate this weekend. The team will head over to Green Bay for a match with the Phoenix that begins at 10 a.m. on Sunday.