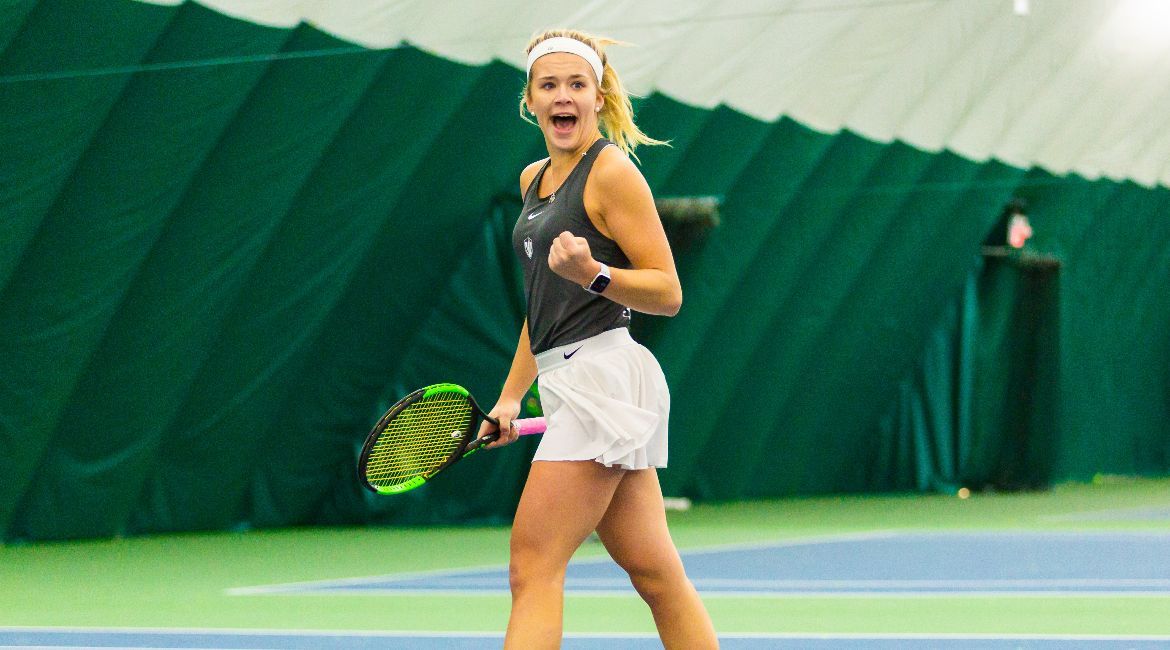 The Valparaiso University women’s tennis team and head coach Bob Modesto have announced plans for a 17-match regular-season schedule during the 2021 spring semester, beginning on Friday, Jan. 29 at Northern Illinois.

The home-heavy schedule will feature 13 dates in Valpo – either indoors at The Courts of Northwest Indiana or outdoors at The Valpo Tennis Complex on campus. The schedule commences with back-to-back road matches against Mid-American Conference opponents, as the season-opening visit to DeKalb will be followed by a trip to Muncie on Jan. 31 to clash with Ball State.

The Missouri Valley Conference slate will commence on Easter Weekend in Iowa as Valpo visits UNI (April 2) and Drake (April 3). The final three MVC matches will be at home with the team hosting Missouri State (April 10), Illinois State (April 17) and Bradley (April 18). Missouri State will host the MVC Tournament in Springfield, Mo. beginning on April 23.