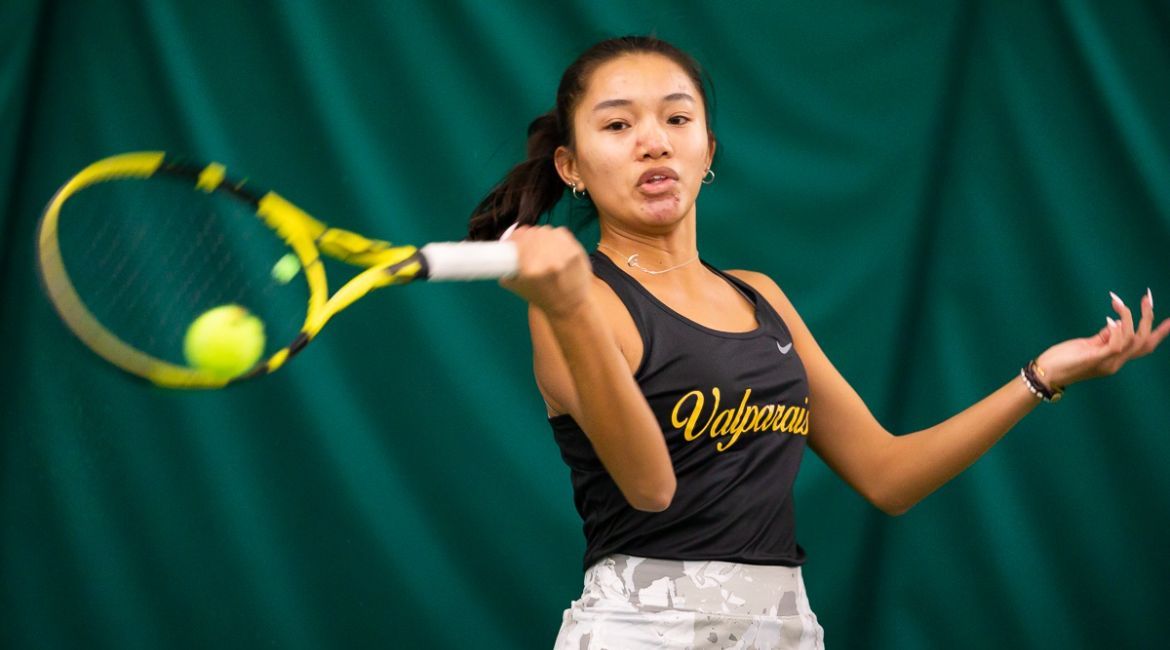 Amanda Tabanera teamed up with Isabella Schoolcraft for Valpo's doubles victory at No. 2 on Saturday.

Sophomore Amanda Tabanera (Valencia, Calif. / Valencia) and junior Isabella Schoolcraft (Bargersville, Ind. / Center Grove) teamed up for a victory at second doubles on Saturday against Mid-American Conference foe Western Michigan, providing the highlight of the Valparaiso University women’s tennis team’s 7-0 setback to the visiting Broncos at The Courts of Northwest Indiana. The match marked the first of 14 home dates on the slate for head coach Bob Modesto’s team.

Valpo (0-2) will return to action less than 24 hours after Saturday’s match as the Brown & Gold host Ferris State on Sunday. The match is slated to begin at 11 a.m. at The Courts of NWI.