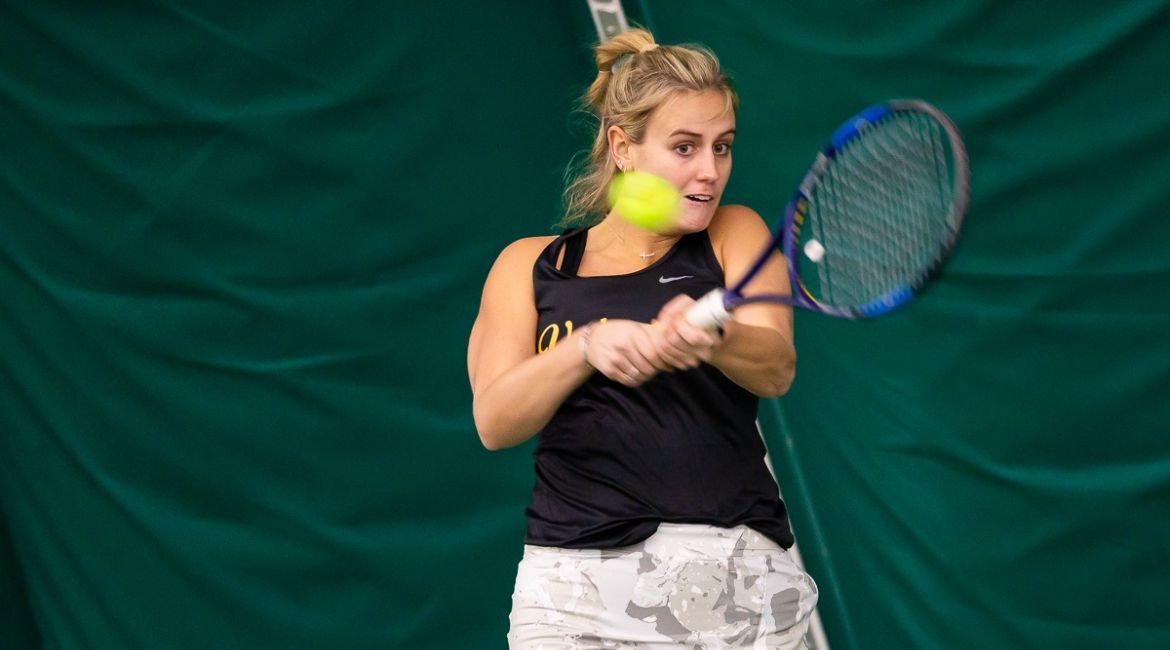 Isabella Schoolcraft teamed up with Amanda Tabanera to win at No. 2 doubles on Sunday.

Sophomore Amanda Tabanera (Valencia, Calif. / Valencia) and junior Isabella Schoolcraft (Bargersville, Ind. / Center Grove) teamed up for a victory at No. 2 doubles, but visiting SIUE took the remaining doubles matches and swept singles en route to a 7-0 victory over the Valparaiso University tennis team at The Courts of Northwest Indiana on Sunday. Tabanera and Schoolcraft have won two of their last three matches.

Valpo (1-3) has a busy weekend ahead with three home matches in as many days starting on Friday at 5:30 p.m. vs. Milwaukee at The Courts of Northwest Indiana.