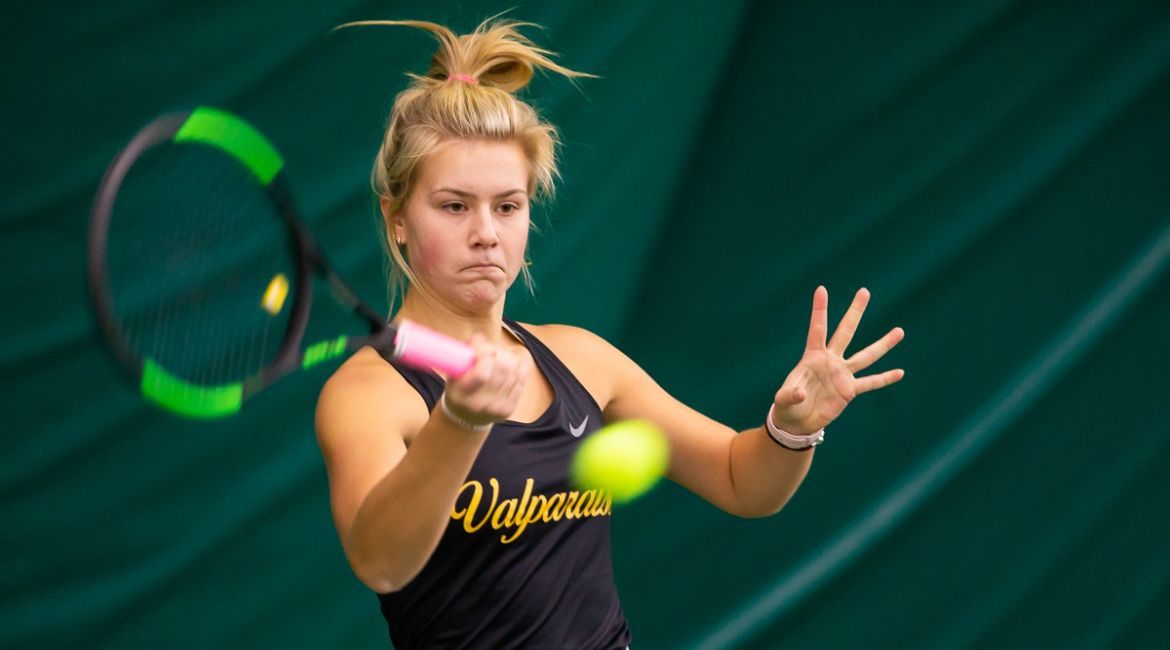 Olivia Czerwonka topped the former Horizon League Freshman of the Year at No. 2 doubles on Friday.

Sophomores Amanda Tabanera (Valencia, Calif. / Valencia) and Olivia Czerwonka (Kenosha, Wis. / Saint Joseph Catholic Academy) each earned straight-set wins in singles play, but the Valparaiso University women’s tennis team fell 5-2 to visiting Milwaukee on Friday evening at The Courts of Northwest Indiana. Olivia and her older sister Claire teamed up for a victory at No. 1 doubles.

Valpo (1-4) will continue a busy home weekend by hosting DePaul on Saturday at 3 p.m. before rounding out the weekend with a home match against Bowling Green on Sunday at 2 p.m. The Blue Demons (2-1), who haven’t played since Feb. 4 at Notre Dame, own victories over a pair of Missouri Valley Conference teams, Illinois State and Bradley. The Falcons (1-1) play at Xavier on Saturday before making their way to Valpo for Sunday’s match, the first meeting between the two teams since 2012.