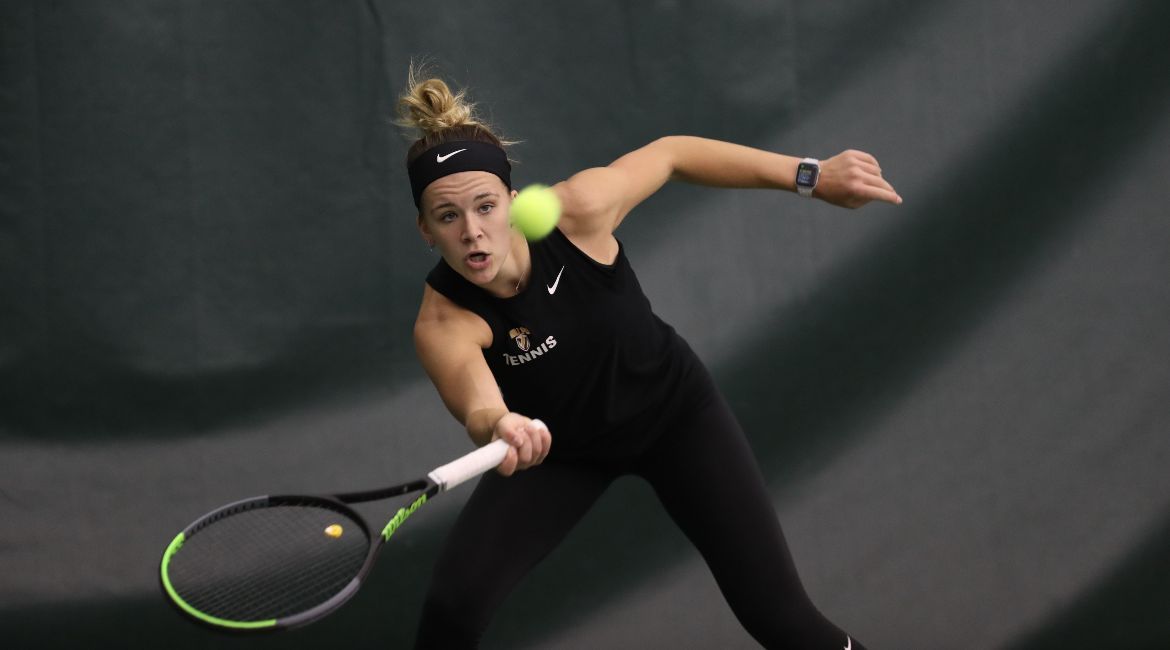 Claire Czerwonka earned a straight-set win at No. 1 singles on Friday.

The Valparaiso University women’s tennis team saw its season reach its conclusion on Friday as host Missouri State prevailed 4-1 in a clinch-clinch format in the first round of the Missouri Valley Conference Tournament in Springfield, Mo. Senior Claire Czerwonka (Kenosha, Wis. / Saint Joseph Catholic Academy) garnered a victory at No. 1 singles in the season’s final match. She plans to return next season for her additional year of eligibility granted by the NCAA’s COVID-19 waiver with hopes of continuing to rewrite the program record book.