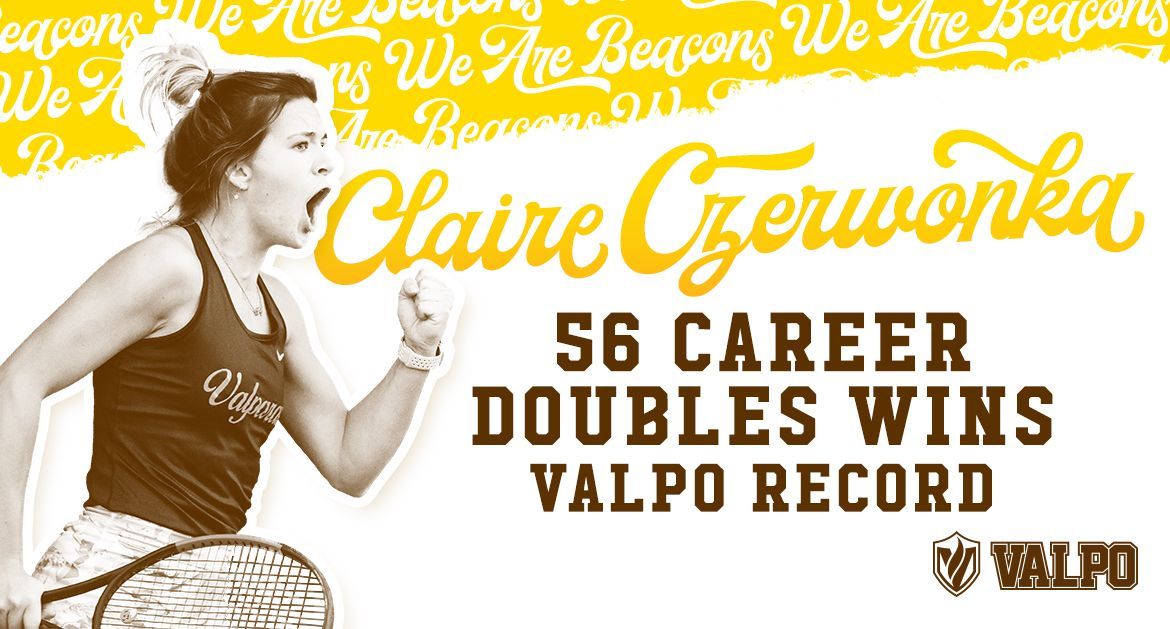 Friday marked a historic day for the Valparaiso University women’s tennis program in more ways than one.

The program hosted a Missouri Valley Conference Championship for the first time – marking the third time Valpo has hosted an MVC Championship in any sport – as the Beacons played host to a full day of MVC Individual Championships action at The Courts of Northwest Indiana in Valparaiso. That provided the perfect setting for a record-setting achievement by Claire Czerwonka (Kenosha, Wis. / Saint Joseph Catholic Academy), who shattered the program record for career doubles victories.

The three-day event will continue on Saturday at 9 a.m. at the Valpo Tennis Complex. Play is expected to transition back outdoors on Saturday after Friday’s weather led to indoor competition.