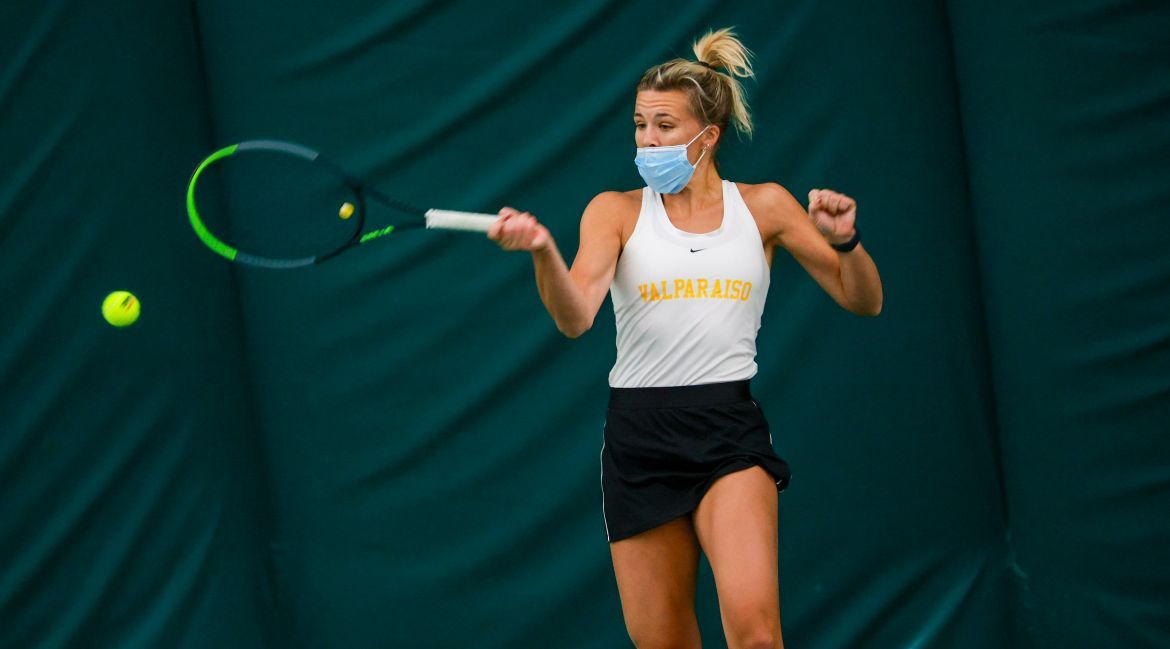 Claire Czerwonka won in both singles and doubles on Saturday.

Olivia and Claire Czerwonka (Kenosha, Wis. / Saint Joseph Catholic Academy) teamed up for a doubles victory and both prevailed in singles competition, but the Valparaiso University tennis team was edged 5-2 by visiting SIUE in an extremely tightly-played match on Saturday afternoon at The Courts of Northwest Indiana. The majority of the matches came down to the wire and featured closely-contested sets.

Valpo (3-1) will close out a stretch of three straight home dates to begin the spring season on Saturday, Jan. 29 vs. Saint Louis at 3 p.m. at The Courts of NWI.