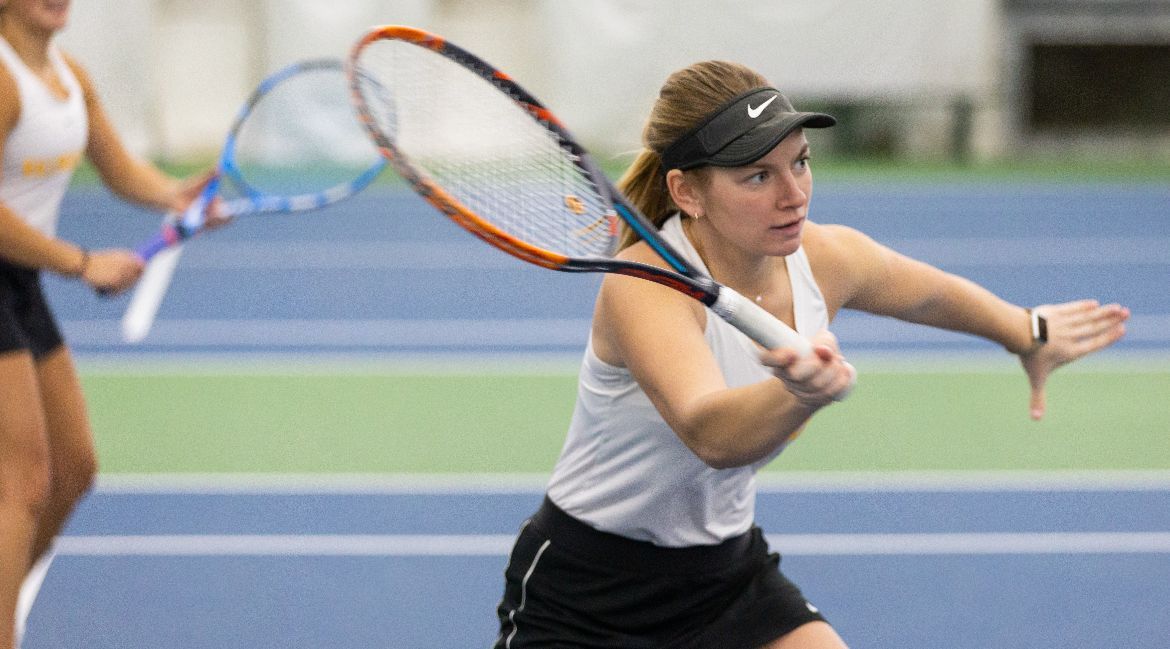 Allison McConnell (pictured) teamed up with Demi Jhaveri for a No. 3 doubles win on Saturday.

The Valparaiso University women’s tennis team swept all six singles courts in straight sets and prevailed in all three doubles matches on Saturday, dispatching visiting Marian 7-0 at The Courts of Northwest Indiana.

Valpo (6-2) will face a challenging match as it attempts to extend its successful start to the season on Friday, Feb. 25 at Western Michigan. The match, which was rescheduled from earlier in the season, will begin at noon in Kalamazoo with a link to live stats available on ValpoAthletics.com.