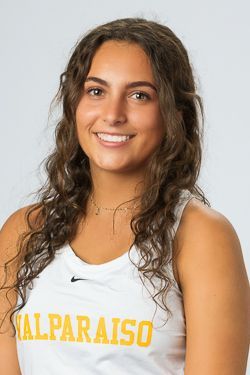 2020-21: Garnered six singles wins including one at No. 3 singles and five at No. 4 singles… Topped a Ball State opponent in straight sets in her first collegiate singles match on Jan. 31… Won four consecutive matches from Feb. 28 to March 13… Picked up a 6-1, 6-1 win in the April 2 conference opener at UNI… Member of MVC Academic Honor Roll.