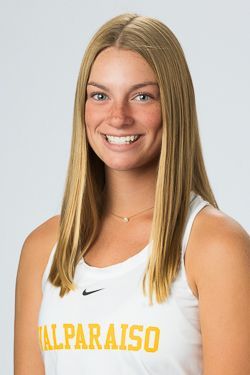 2021-22: Earned four singles wins and eight doubles victories... Played No. 3 doubles alongside Demi Jhaveri for the bulk of the season.

2020-21: Earned the team’s Most-Improved Player distinction after starting the season as the No. 7 singles player and climbing to the No. 4 singles spot… Went 3-4 in singles including 2-3 in MVC matches and 3-1 at No. 5 singles… Had four doubles wins including a 4-5 mark alongside Demi Jhaveri while playing No. 2 and No. 3… Won her first two collegiate singles matches, prevailing vs. Butler on March 27 and at UNI on April 2, both at the No. 5 position… Won three straight doubles matches alongside Jhaveri from Feb. 28 to March 13, beating Wayne State, Northern Illinois and Oakland… Was named MVC Doubles Team of the Week alongside Jhaveri on March 17 after a victory over Oakland… Made it three wins in her first four singles matches by topping Missouri State in a three-set match on April 10… Named to the MVC Academic Honor Roll.

Prep: Four-year letter winner in varsity tennis… Earned all-state accolades following her freshman and junior seasons… Three-time scholar-athlete recipient and was a nominee for the Detroit Free Press Girls Tennis Player of the Year as a sophomore… After being named the team’s co-MVP as a freshman and sophomore, earned the team MVP honor outright during her junior campaign… Has also participated in the USTA Team Cup, an annual event for junior players… Was also a member of Churchill High School’s swim team, where she was a four-year letter winner, the team’s Rookie of the Year, a two-time state qualifier and broke a school record in the 200-medley relay.

Personal: Daughter of Sherry and Mark McConnell… Has a sister, Grace (17)… Majoring in biology… Competed in pageants when she was younger and won Junior Miss of Westland… Loves country music.