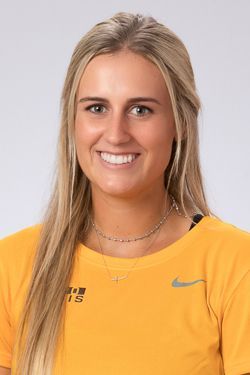 2019-20: Won seven singles matches and 12 doubles matches during her sophomore season… Prevailed in five singles matches during the fall and had three setbacks that came on third-set tiebreaks… Opened the spring slate with a straight-set win at No. 4 singles to help Valpo over IUPUI on Jan. 18… Captured a straight-set win at fourth singles in the team’s victory over Hampton on March 4 in Orlando… Accrued nine doubles victories during the fall, including an 8-7(11-9) thriller over Drake in the fifth-place match of the Flight 1 Doubles draw at the MVC Individual Championships in October… Teamed with Claire Czerwonka throughout the fall and early in the spring, including a 6-4 top doubles victory on Jan. 19 vs. Butler… Also teamed up with Demi Jhaveri and Amanda Tabanera during the spring slate… Worked with Tabanera for a pair of No. 2 doubles matches on March 4, picking up victories over Hampton and Grand Valley State.

2018-19: Contributed right away as a freshman with seven singles wins, six of which came during the fall season… Went 9-16 in doubles including 7-13 in dual matches… Had strong showings in many of her singles defeats – losing third-set tiebreaks to Butler, UIC, Bethel, Carleton College, Western Michigan and Bradley while dropping traditional third sets to Dayton, UNI and Chicago State. In addition, she fell on set tiebreakers against Butler, IUPUI and Missouri State… Experienced a conference victory in her final doubles match of the season, teaming with Jordan Kopfer for a triumph over Missouri State.

Prep: All four years of high school, was a Johnson County Athlete of the Week, named team MVP, the Singles Player of the Year, all-conference and academic all-conference… As a junior, won a doubles state championship… Was named all-state and Athlete of the Year as a junior and senior… Was named Player of the Year at the Indy Star Sports Awards and was tabbed an Indiana All-Star as a senior… Was a four-year letter winner… Started playing USTA at Age 7… Competed in the Midwest Closed for six years… Was a three-year Davis Cup team member… Graduated with academic honors…Was a four-year French Club member and a four-year member of French National Honor Society.

Personal: Interned at a dentist’s office her senior year… Volunteer at “A Night to Shine,” which is a prom for special needs students… Volunteers at an organization that gives local children food who cannot afford it… Majoring in biology (pre-dentistry)… Born on July 25, 1999… Daughter of Steve and Angie Schoolcraft.