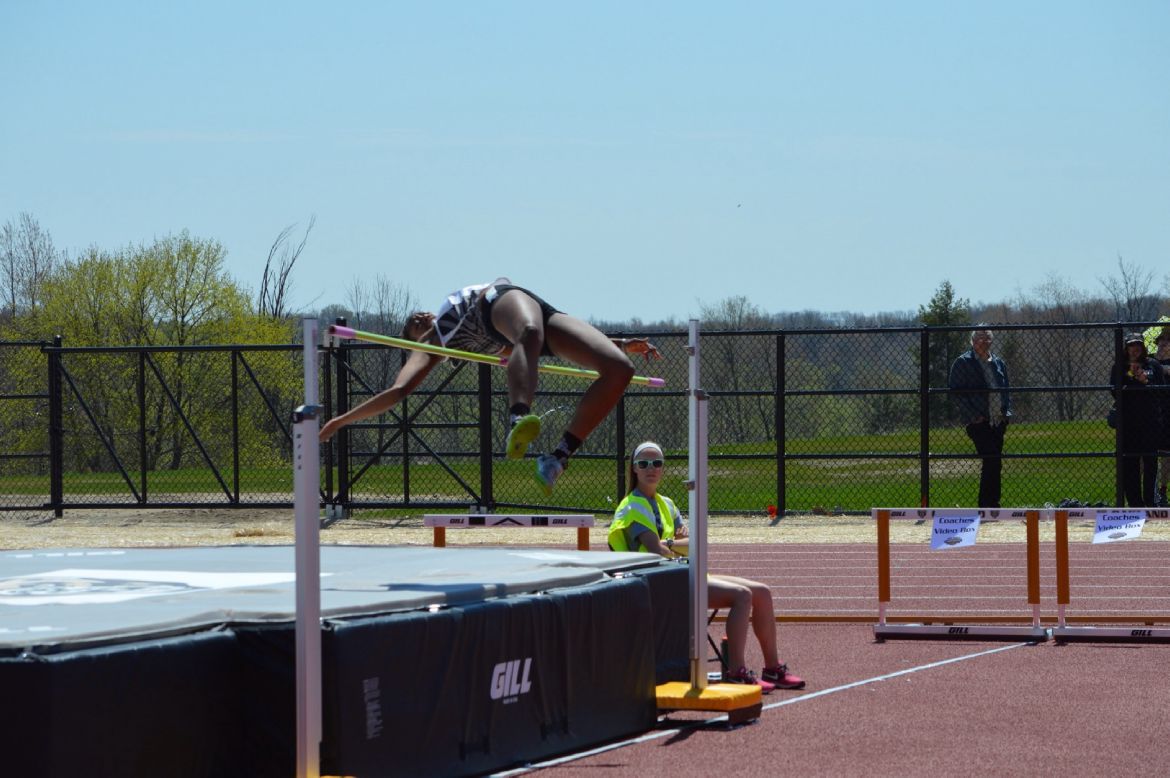 The Valparaiso women’s track and field team continued their strong performances at the Horizon League Outdoor Track and Field Championship on Saturday at Oakland, finishing the day in second place with 49 points.

Senior Jazmin Taylor (Rock Island, Ill./Rock Island) closed out her career by capturing the title in the high jump, clearing a season-high 1.69m/5-6.5 on her first attempt from the height.

“This is something that we’ve been striving for,” head coach Ryan Moore said. “She’s been in contention the last three years and to have her come out on top as a winner is stellar. She’s put in a lot of time and effort and it couldn’t have happened to a nicer kid. I’m thrilled for her, she still has a lot of potential there for her.

“This is just the second time she’s run it,” Moore said. “She’s surprised everyone and she’s going to excel in it for the next few years. I’m looking forward to watching her blossom in it.”

Senior Sarah Drozdowksi (Roselle, Ill./Lake Park) finished second in the shot put with a personal best 14.06m/46-1.5, bettering her second best mark in school history by nearly two feet and just seven and a half inches off the school record.

“Three of six throws today were personal bests and it took a season best from Jennifer Neider of Youngstown State to beat her,” Moore said. “Tomorrow is big day for her in the hammer and we think it’s something that she’ll do well in. She’ll continue to rack up points.

“The stars didn’t align for her tonight,” Moore said. “There was some frustration for her as the wind picked up and conditions changed. She has nothing to be ashamed about.”

Senior Kelli Wosick (Mount Prospect, Ill./Saint Viator) and freshman Hannah Reynard (Jackson, Mich./Napoleon) both advanced to the finals of their respective events. Wosick will be in lane five tomorrow after running a season best 58.46 in heat three of the 400m. She improved her fourth fastest time in school history by ninety-sixth hundredths of a second. Reynard moved up to second all-time at Valpo in the 400m hurdles with her time of 1:03.67 and will be in lane three for the finals.

“Kelli has worked really hard for us and it’s great to see her do well, Moore said. “She’s got a heavy workload with student-teaching and it keeps her from practicing sometimes and I’m glad for her to advance. We knew Hannah was going to make an immediate impact when we were recruiting her and she’s been outstanding.”

Day three of the Horizon League Outdoor Championship concludes the action tomorrow in Rochester. The hammer throw and triple jump kicks off the field events at 9:00 am CT while the running events get started at 11:00 am with the 4x100m relay. Links to live results and video can be found on ValpoAthletics.com.