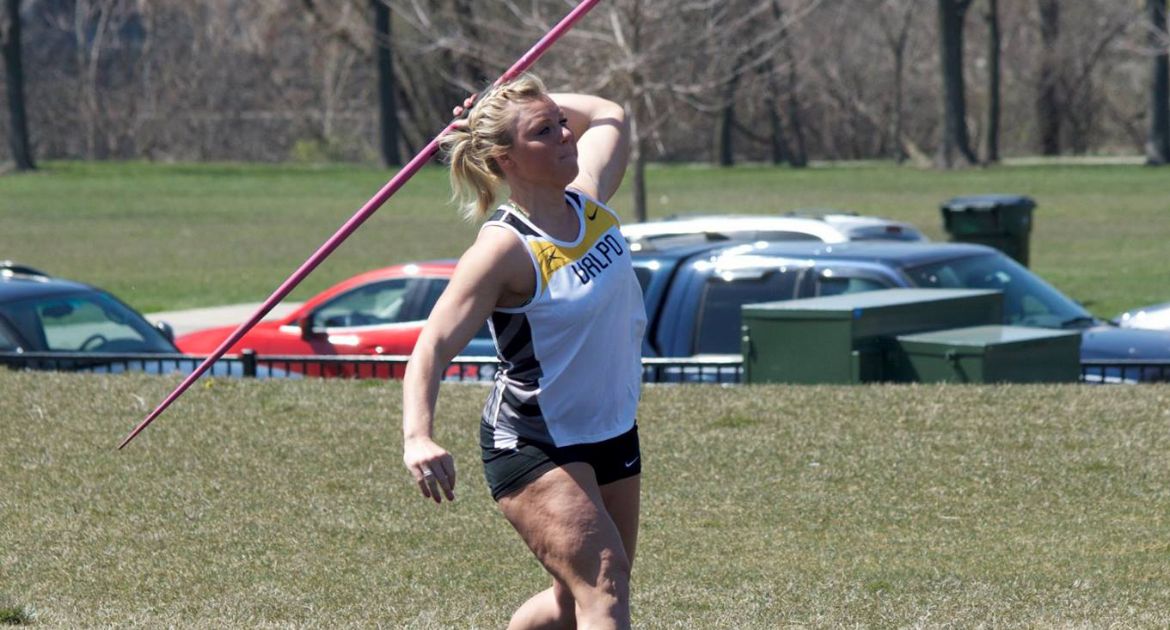 The Valparaiso University men’s and women’s track and field squads continued their 2016 outdoor season this weekend at the Lenny Lyles/Clark Wood Invitational in Louisville, Ky.

Three Crusader efforts on the track cracked Valpo’s top-five times all-time in their respective events. On the women’s side, junior Liz Bloy improved upon her second-best time in program history in the 1,500m run, finishing second with a time of 4:33.41 – setting a new season best by 10 seconds.

Senior Cleo Holt set a new PR in the 200m dash as well, covering the distance in 25.72 seconds – third-fastest in program history. Meanwhile on the men’s side, junior Jeru Lollis qualified for the event finals in the 100m dash and crossed the line in the final in 10.65 seconds, good for fourth place and the fifth-best effort all-time at Valpo.

On the track for the Crusader women, sophomore Hannah Reynard crossed the line fourth in the 400m hurdles with a time of 1:05.91. On the infield, senior Heather Mende led the way with a third-place effort in the javelin throw, recording a toss of 114’6”. Senior Sarah Peters cleared 11’3 ¾” in the pole vault to finish ninth, while freshman Abby Jankowski finished ninth in the shot put (37’0 ¼”) and 10th in the discus (136’6”).

On the infield, team-best PRs were set by sophomore Jonathan Heagy, who cleared 6’5 ½” in the high jump to finish sixth, and freshman Connor Hickey, who finished eighth in the long jump with a leap of 21’2”. Sophomore Alexander Watson vaulted 14’9 ½” in the pole vault to finish fourth as well in the jumping events.

Senior Elijah Owen led three Crusaders in the top five of the javelin throw with a third-place effort, recording a mark of 172’5”. Senior Jacob Smutz placed fifth in both the discus throw (156’6”) and the hammer throw (185’8”), while senior Christopher Sosnowski finished sixth in the latter event with a toss of 176’2”. Sophomore Andrew Guzek paced the Crusaders in the shot put, recording a throw of 49’1”.

Valparaiso will return home for its next two meets, starting next Saturday with the Crusader Open. The one-day event is tentatively slated to start with throwing events at the Eastgate Complex at 10:30 a.m., while jumps will start at the Warren G. Hoger Track at 1 p.m. and running events at 1:30 p.m.