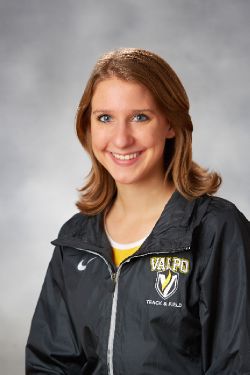 2012 (Cross country): Competed in four races for Valpo in her sophomore campaign...ran a season-best 23:15.4 at the Indiana Intercollegiates 5K.

2011 (Cross country): Ran in five races for the Crusaders as a freshman ... contributed to Valpo's team score as its fifth-fastest runner at the Crusader Open ... ran a season-best 5K time of 23:07 at the Notre Dame Invitational.

Prep: A four-year letterwinner for the Redwings … finished third at conference meet in the triple jump as a senior… also earned two letters in cross country.

Personal: Eileen is the daughter of Paul and Patrica Carmignani … major is civil engineering … born June 21, 1993.