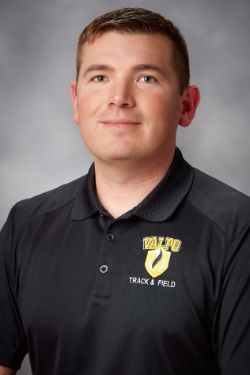 James Overbo finished his 14th season as a member of the Valpo track and field coaching staff, and his ninth as associate head coach in 2021-22, working with the jumpers and multi-event athletes.

During the 2022 season, Overbo helped Ethan Litavecz crack the top five in program history in the decathlon, while Tristan Malatlian did the same in the indoor and outdoor pole vault. Overbo also worked with sprinters during the 2022 campaign, helping freshman Nehemiah Ray make his way into the program record book in three different events (indoor 200, outdoor 100, outdoor 200).