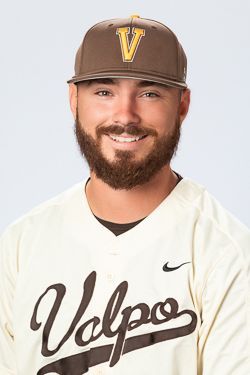 Casey Fletcher finished his third season on the Valpo baseball coaching staff in 2021.

Fletcher was in his third season on staff as Valpo enjoyed its best league-only winning percentage since joining the prestigious Missouri Valley Conference in 2021. A young team that received 57.8 percent of its at-bats from freshmen and 68.1 percent of its at-bats from freshmen or sophomores won two games in the MVC Tournament for the first time since joining the league. The offense featured MVC Freshman of the Year Kaleb Hannahs, who also garnered All-MVC Second Team and Freshman All-American honors. Compared to the most recently completed season of 2019, the team improved its batting average, slugging percentage, on-base percentage and fielding percentage in addition to increasing its number of home runs, doubles, hits and runs scored in 2021. The squad stole 33 bases, its highest total since 2017. In addition, Fletcher helped the team finish with a .969 fielding percentage in 2021, the third-best in program history.