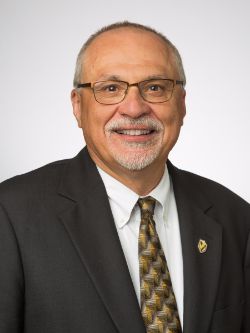 Since LaBarbera took the reins of the athletic department, Valpo teams have made 17 NCAA Tournament appearances, while earning 17 league regular season titles and 16 conference tournament championships. In addition, 18 student-athletes have earned All-American honors during LaBarbera's tenure at Valpo.

LaBarbera helped to spearhead Valparaiso University's move to the nationally-renowned Missouri Valley Conference, the nation's second-oldest Division I conference, on July 1, 2017. He previously was instrumental in assisting with Valpo’s move to the Horizon League, which took place on July 1, 2007, the school’s first change in conference affiliation in 25 years.

In the classroom, Valpo student-athletes have earned Academic All-American accolades 19 times under LaBarbera’s watch. In the most recent report, six Valpo teams earned the NCAA Public Recognition Award for ranking among the top 10 percent nationally within their respective sports in Academic Progress Rate. The athletic department also consistently ranked among the Horizon League's best in graduation rate and Graduation Success Rate, and led all league institutions in each of its last five years in the league.

In 2009, LaBarbera announced the addition of three new sports programs (men’s and women’s golf and women’s bowling) to the athletics department, expanding the department to 21 varsity sports.

LaBarbera has overseen a multitude of facility projects. The main arena of the Athletics-Recreation Center has been upgraded with a new playing floor, dedicated as Homer Drew Court, and a four-sided center court video display. Hilltop Gymnasium has been renovated to serve as a basketball and volleyball practice facility, all of the team locker rooms have been renovated, and an indoor golf practice facility developed. A video production center was also added, giving the department the ability to produce events to ESPN standards.

Brown Field, the home of football and men’s and women's soccer, was renovated, including the installation of a new ProGrass playing surface and the addition of the Warren G. Hoger Track. Numerous upgrades have been made the Valpo Softball Complex. The Valparaiso University Tennis Complex and the Mosak Performance Center have been completed and a new fitness center developed.

LaBarbera has held a number of leadership roles at the national and conference levels during his time at Valpo. He served as the Horizon League’s representative on the NCAA D-I Council and as the vice chair of the Council’s Strategic Planning and Vision Committee. In 2013, LaBarbera finished a four-year term as a member of the NCAA Baseball Committee.

He is a member of the Missouri Valley Conference's Conference Relations and Media & Marketing committees. He also was a member of the Horizon League's Strategic Alignment and Governance committees, and previously served as the chair of the Horizon League’s Television Task Force. LaBarbera serves as sport administrator for men's and women's basketball, football, volleyball, track & field and cross country as well as overseeing Valpo recreational sports.

Prior to Valpo, LaBarbera served as an athletics administrator at the University of New Hampshire from 1999-2004 and at North Carolina State from 1989-1999. From 1984-1989 LaBarbera was the comptroller at Chicago’s North Park College, his alma mater.

LaBarbera and his wife, Sally, have three children - Matthew, Timothy, and Sarah and three grandchildren.