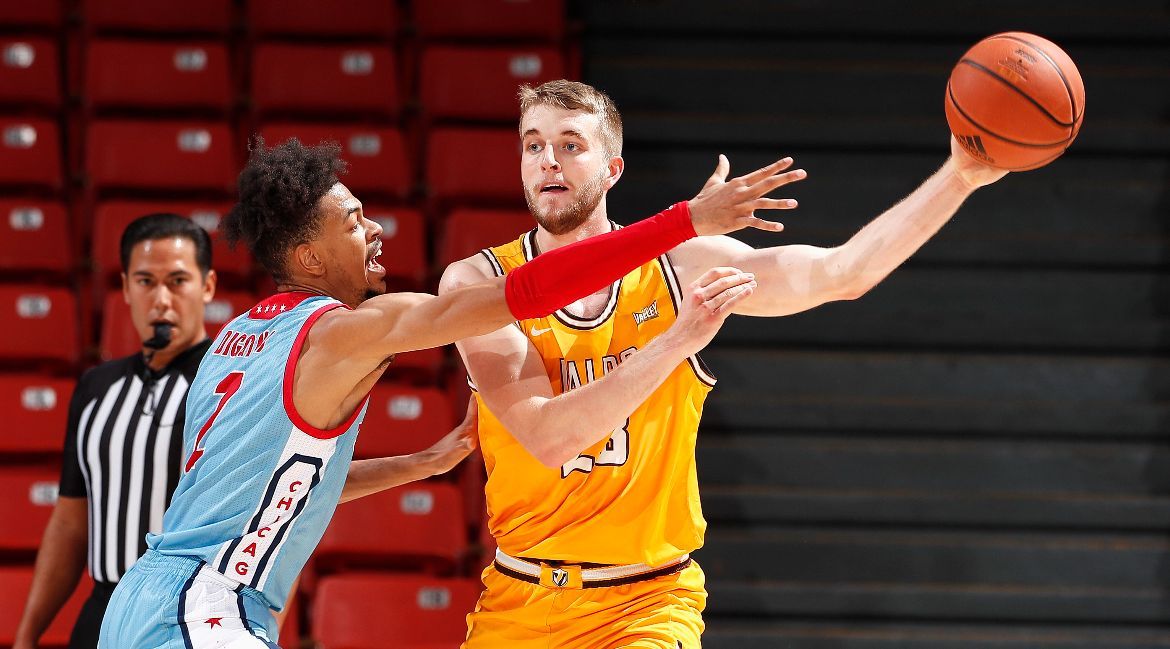 Ben Krikke has back-to-back double figure scoring outputs for the first time in his collegiate career.

The Valparaiso University men’s basketball team incurred a 66-50 setback on Tuesday at Credit Union 1 Arena in Chicago as host UIC secured its first 3-0 start since 2001 by limiting the Brown & Gold to 37.7 percent shooting and 1-of-14 from beyond the arc. Donovan Clay (Alton, Ill. / Alton) led the way with 12 points, while fellow sophomore Ben Krikke (Edmonton, Alberta, Canada / Jasper Place) posted 11 on an efficient 4-of-5 shooting.

Valpo (0-2) will attempt to bounce back on Friday night at Purdue in a game that will be televised nationally on Big Ten Network. In addition, the local radio call will air on 95.1 FM Valparaiso and the TuneIn Radio app. The tip is slated for 6 p.m. CT / 7 p.m. ET in West Lafayette.