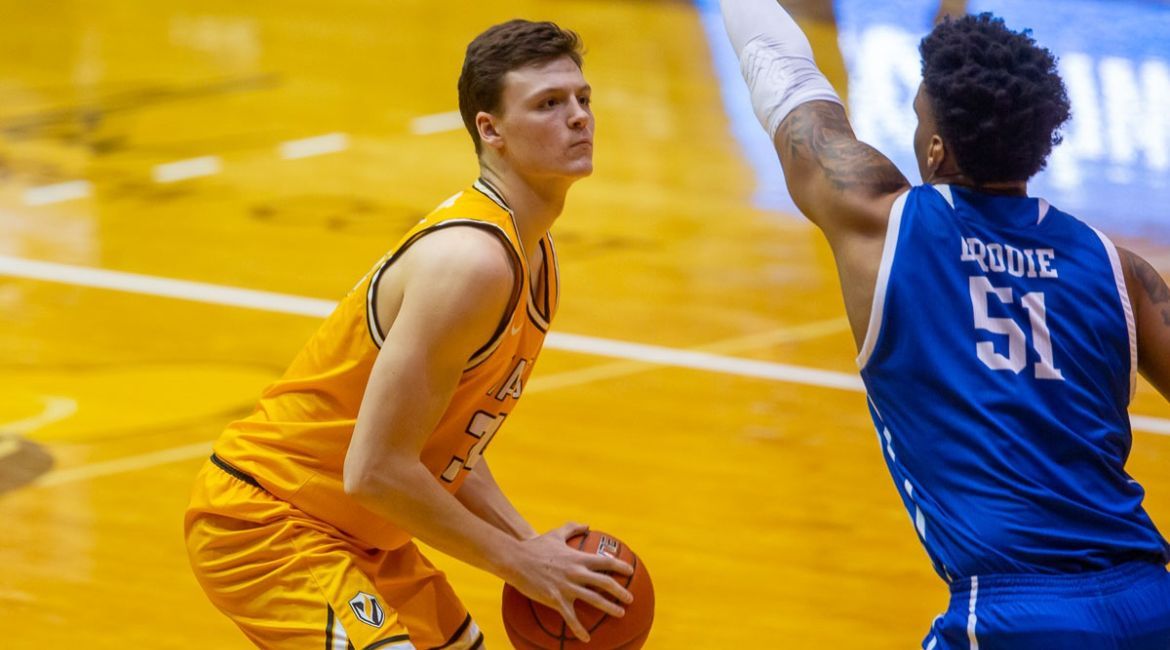 Freshman Jacob Ognacevic knocked down three 3s and turned in 11 points, all in the first on Saturday.
Related Links

The Valparaiso University men’s basketball team went toe-to-toe with a nationally-ranked foe on Saturday afternoon at the Athletics-Recreation Center, but No. 25 Drake eked out an 80-77 victory to remain one of three undefeated teams in the nation. Freshman Sheldon Edwards (West Palm Beach, Fla. / Palm Beach Lakes [TLAP Sports Academy]) poured in 20 points to match a career high and help the Brown & Gold give the Bulldogs (18-0, 9-0) a scare in their second-closest game of the season. Valpo put together one of its best assist-to-turnover ratios in recent memory in the defeat.

Valpo (6-12, 3-6) and No. 25 Drake will match up again on Sunday at 1 p.m. at the Athletics-Recreation Center. Sunday’s game will be available on ESPN+ and on the Valpo Sports Network (95.1 FM Valparaiso, TuneIn Radio app). Links to live video, audio and stats will be available on ValpoAthletics.com.