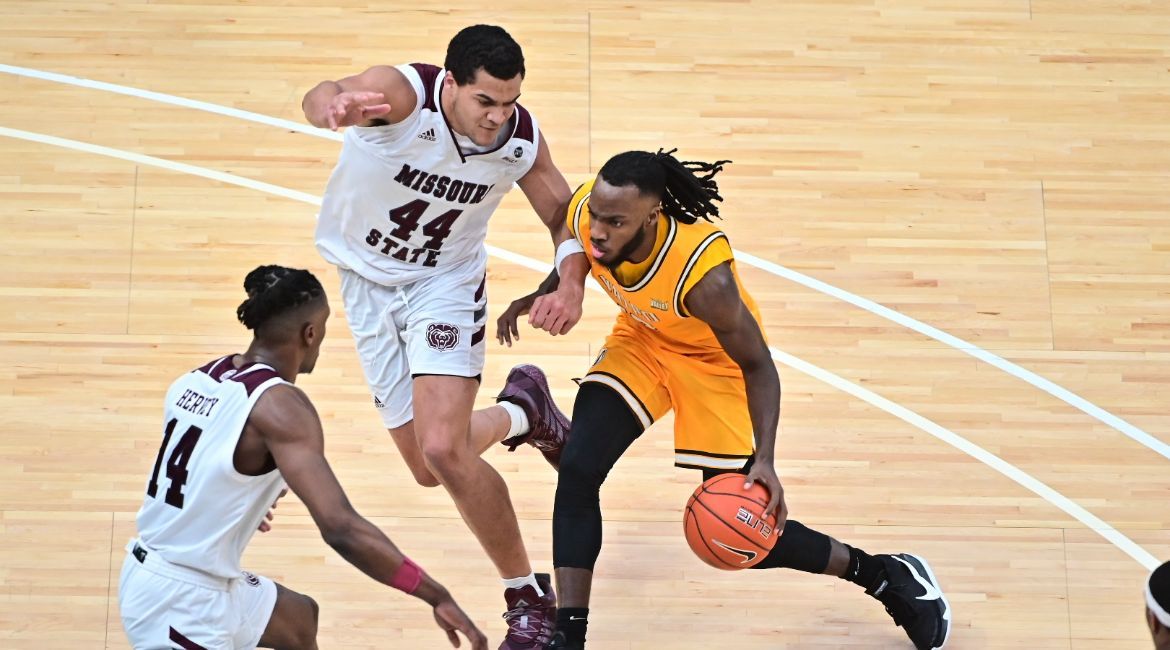 Sheldon Edwards led the team in scoring and rebounding in Friday's season finale.

The Valparaiso University men’s basketball team battled back to outscore Missouri State 42-35 after halftime, but a cold-shooting first half proved to be too much to overcome as the Bears prevailed 66-55 to advance to the semifinal round of the State Farm MVC Tournament in St. Louis. Sheldon Edwards (West Palm Beach, Fla. / Palm Beach Lakes [TLAP Sports Academy] paced Valpo with 17 points and eight rebounds in the season finale.