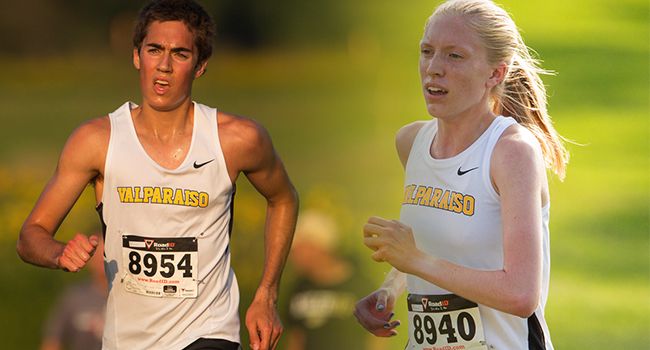 The 2014 men's and women's cross country schedules were approved for release Tuesday. The six-meet slate will see the Brown and Gold competing in five of the same competitions as last season.

Valpo will again open the year with the Crusader Open, scheduled for Friday, Sept. 5th at 5:00 pm. Two weekends later, they'll head north of the border to London, Ontario for the Western Invitational. Return trips to the Notre Dame Invite (Oct. 3rd) and the Bradley Invite (Oct. 17th) are in the cards for the Crusaders.

The season will wind down with the penultimate Horizon League Championships on Saturday, Nov. 1st in Kenosha, Wisconsin followed by the NCAA Great Lakes Regional on Friday, Nov. 14th in Madison, Wisconsin.

Head coach Mike Straubel likes where his teams are situated in terms of experience and quality.

"With Jessica (Richardson) and Liz (Bloy), we are as strong at the front as any team in the conference.  They will be running for the top 5.  If we can pull together a good chase pack, we have a realistic chance for the top three and an outside shot at winning everything.  The key will be avoiding injuries and keeping the pack close together," Straubel said.

On the men's side, senior David Rutkowski (Cedarburg, Wis./Living Word Lutheran) is due to pace the Crusaders yet again this fall. As a junior last season, Rutkowski earned a 20th-place finish at the Horizon League Championships thanks to a 33:14 finish in the 10K race. With the graduation of Matt Przybyla, Straubel anticipates an assortment of runners to surface as top finishers.

"After a year of learning (five freshmen in the top seven), we are ready to move up significantly in the league.  The freshmen of last year are a year stronger and smarter.  Also, we have two upperclassmen back in Mike Salguero (Edensburg, Pa./Central Cambria) and Trace Ostergren (LaPorte, Ind./Culver Academy) who will give us a great pack.  Our strength will be in a close pack.  We are seriously going after the top three and more.  We will be led by David (Rutkowski) and Adam Bruno (Bloomington, Ill./Normal). then I expect Trace, Mike, Max Morello (Plano, Ill./Plano), and Dan Walters (Crown Point, Ind./Crown Point) to be right behind them.  This could be the deepest team in many, many years," Straubel concluded.