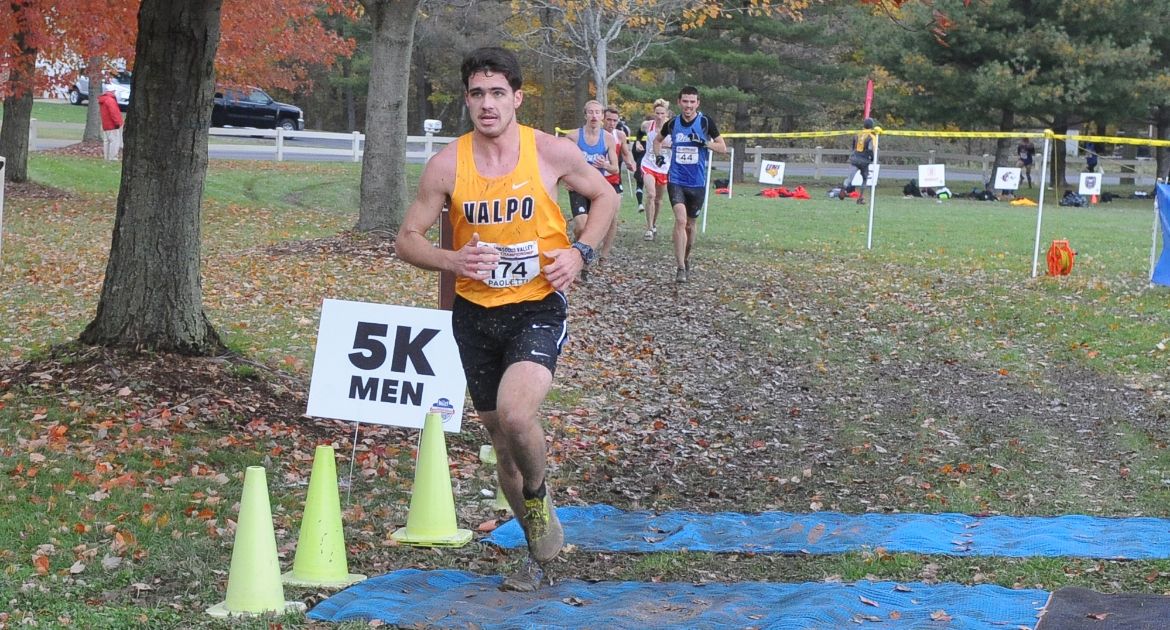 Dominic Paoletti was named the MVC Male Track Athlete of the Week on Wednesday.

Valparaiso University men’s distance runner Dominic Paoletti (Monroe, Mich. / Monroe St. Mary) was recognized for his noteworthy start to the season on Wednesday when he was named the Missouri Valley Conference Male Track Athlete of the Week.

Paoletti started the season in style as Valpo opened the 2021 spring campaign by competing in the Bill Clinger Classic hosted by Grand Valley State University in Allendale, Mich. on Friday, Jan. 29. Paoletti clocked in at 14:51.00 in the 5,000-meter run, establishing a new personal record and bettering his time of 14:55.12 that already ranked second in program history.

In addition, Paoletti’s performance cracked the list of the NCAA’s fastest times in the 5000 so far in the young season, as he currently ranks 27th in the event this year. His time helped him to a third-place finish at GVSU on Friday.

This marks the first MVC weekly award of Paoletti’s career, while the senior also earned All-MVC Honorable Mention for the 2019 cross country season. In addition to his aforementioned place in the men’s indoor track & field record book, Paoletti ranks in the top five in cross country program history in both the 8K and 10K and is also among the school’s all-time leaders in the outdoor 5,000 and indoor 3,000.

The Valpo distance runners will next compete the weekend of Feb. 12-13 as they return to Allendale, Mich. for the GVSU Big Meet in advance of the MVC Cross Country Championships. Valpo’s remaining track & field athletes will make their season debuts this weekend at the GVSU Open on Saturday in Allendale.