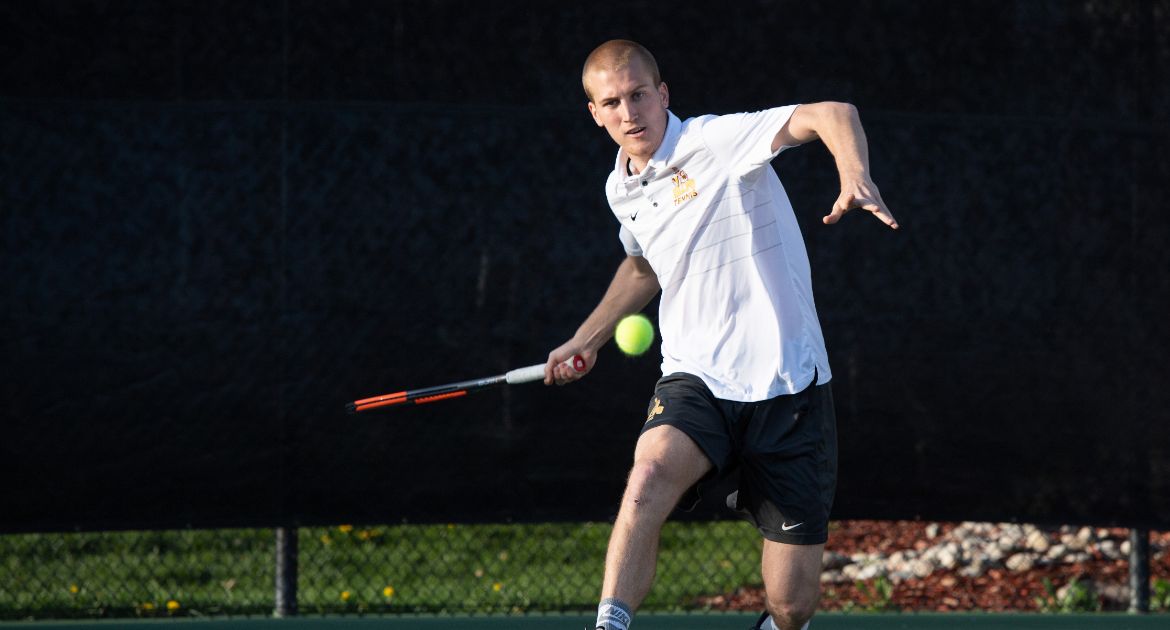 Chad Kissell picked up a win at No. 1 singles on Saturday. (Mark Shaiken)

The Valparaiso University men’s tennis team saw its quest for a third consecutive NCAA Tournament berth come up one win short with a 4-1 loss to Drake on Saturday afternoon at Gates Tennis Center in Denver, Colo. The match was closer than the final score would indicate as the two singles matches that went unfinished and the final matchup to reach completion were all tightly contested. The Crusaders (9-11) gave the Summit League regular season champion Bulldogs all they could handle in a well-played championship match.