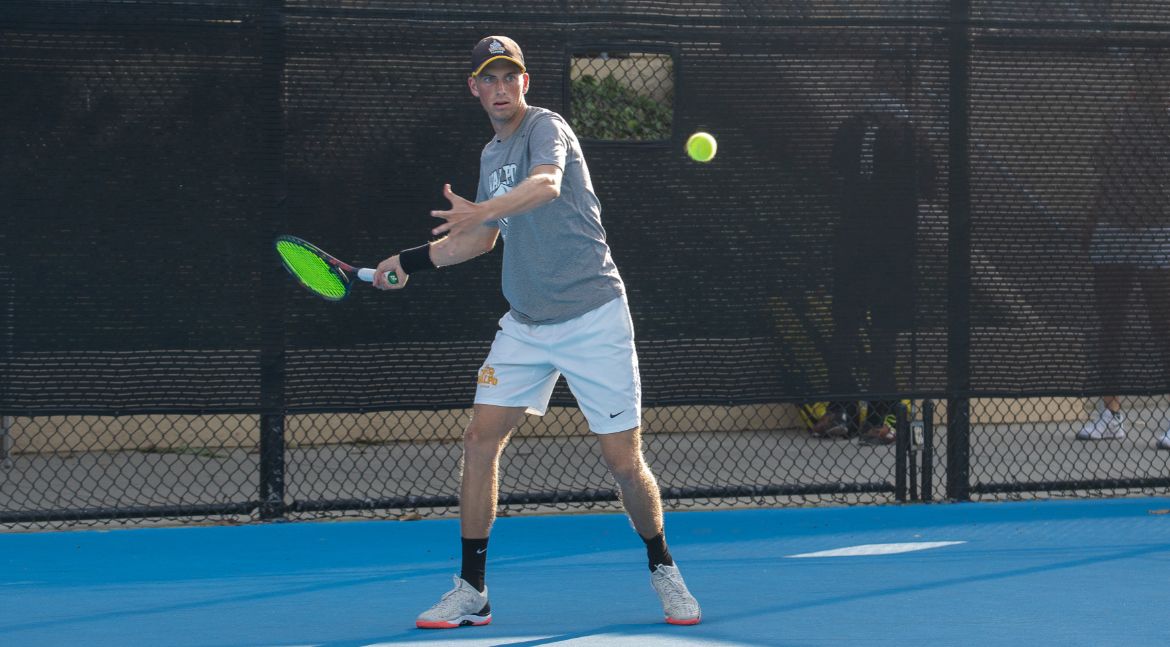 Brandon Ancona had a mixed doubles win on Thursday.

Valparaiso University men’s tennis senior Brandon Ancona (Belvidere, Ill. / Rockford Christian) started his trip to Malibu, Calif. on a winning note on Thursday morning, knocking off a University of Illinois duo in the opening round of mixed doubles action.

Ancona, who earned the right to participate in the event by virtue of his 2019 Summit League Player of the Year honor, went on to drop tight matches in Round 1 singles and Round 2 doubles on the first day of the 2019 Oracle ITA Masters at the Malibu Racquet Club and Pepperdine University.

Ancona teamed up with Denver women’s tennis player Anna Riedmiller to form the Summit’s mixed doubles duo. As the 21st-seeded doubles team, they knocked off the 12th-seeded Big Ten duo of Alex Brown and Asuka Kawai, both Illinois players. The 6-4 win for Ancona and Riedmiller came over quality competition. Kawai was a 2019 ITA All-American and reached the quarterfinals of the NCAA Tournament, while Brown is a three-time first-team All-Big Ten performer and was an NCAA singles qualifier last year.