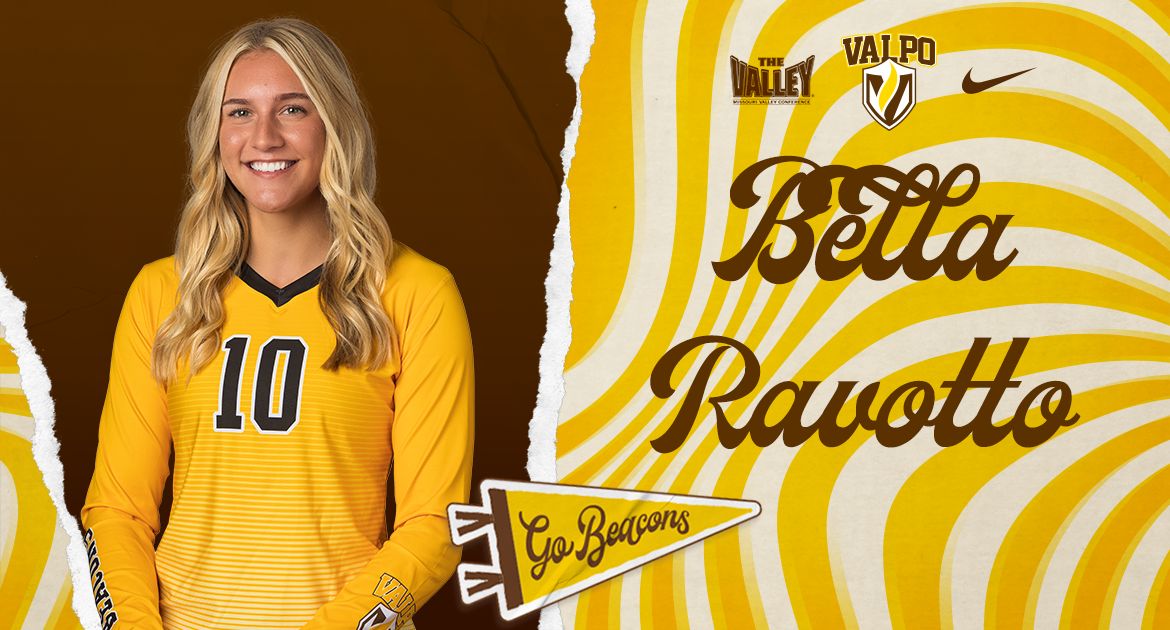 Ravotto was strong all weekend defensively as Valpo won the Akron Invitational, highlighted by a 30-dig performance in the tournament finale against Cleveland State — her second career match with 30+ digs and the most by any MVC player in a four-set match this season. Her 27th dig of the match was the 1,000th of her Valpo career, making her the 23rd player in program history to reach the milestone.

Prior to her effort against CSU, Ravotto picked up six digs and two blocks while playing parts of two sets of Valpo's sweep of Morgan State. She tallied 12 digs and set her career high with four blocks in the Beacons' win over host Akron. For the weekend, Ravotto averaged 4.80 digs/set and 0.60 blocks/set as her play helped Valpo limit its opposition to .078 hitting over the three matches.