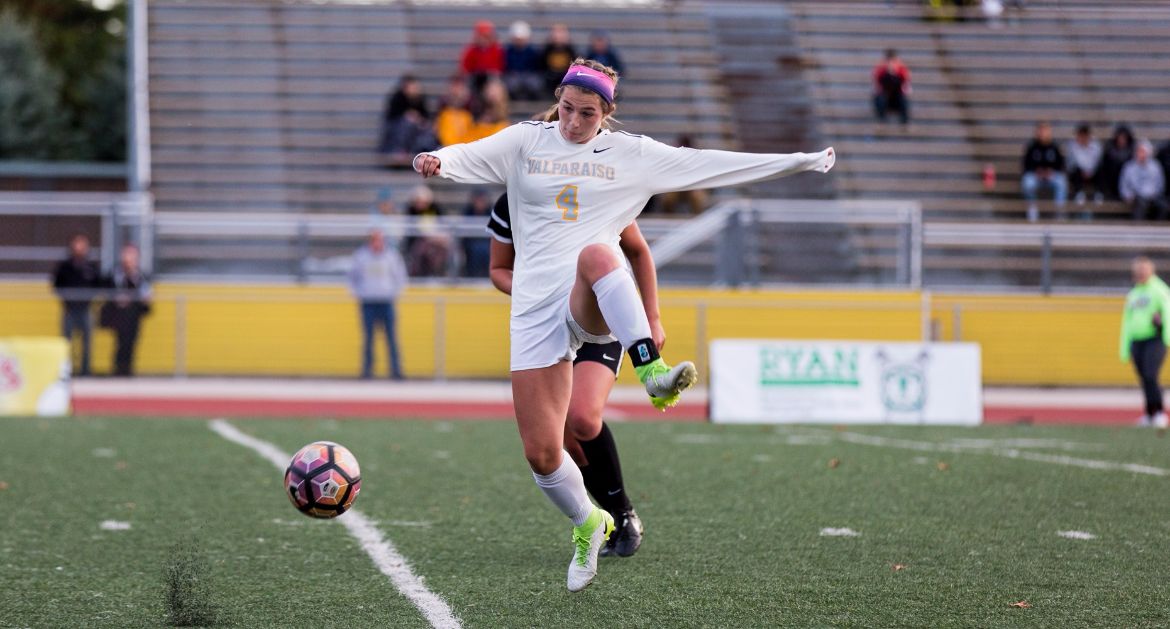 The Valparaiso University women’s soccer team twice battled back from a goal down as it opened exhibition play on Wednesday afternoon with a 2-2 draw against Western Michigan in Kalamazoo, Mich.

“This was a really good first step in our journey this season. We found out a lot about how we will respond to adversity, because we responded with great resolve after going down by a goal twice. We scored two quality goals and created some good possession, which shows how our game model is imprinting so early in the season. We’re looking forward to getting back on the training ground with this group this week.”