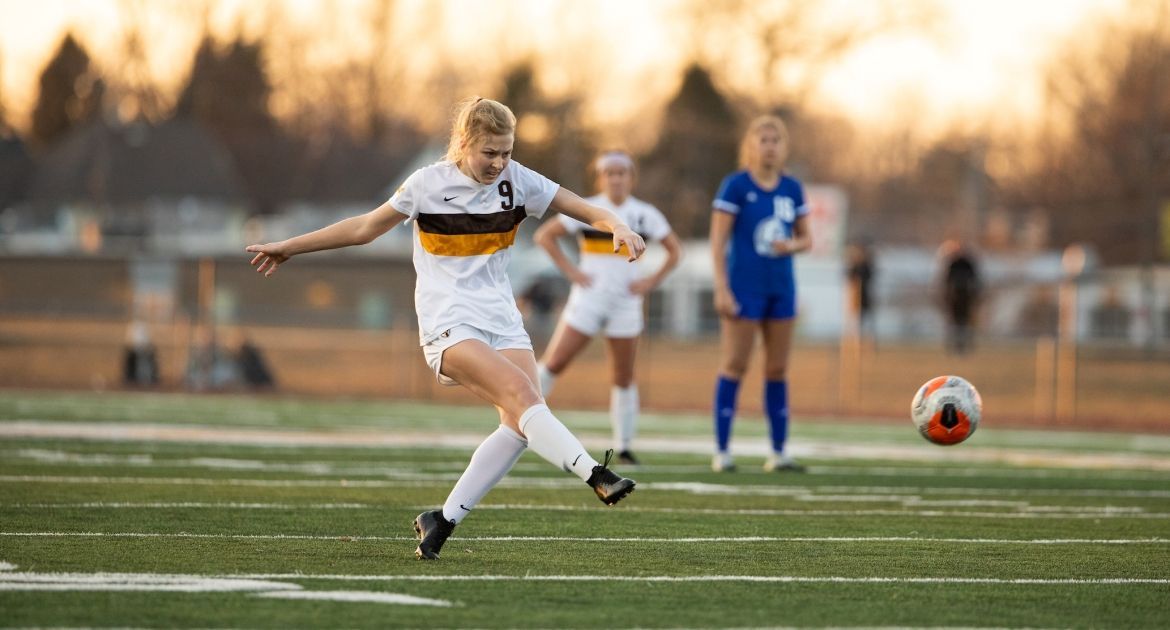 For the third time this season, Valpo soccer freshman Kelsie James (Carmel, Ind./Carmel) has been named the MVC Freshman of the Week following her match-winning goal in Valpo’s key win over Missouri State this past Saturday.

With Valpo holding on to a 1-0 lead in the second half, James put together a superlative individual effort to double the lead in the 60th minute. The rookie controlled deep in the attacking third on the right side and used some footwork past a couple defenders to keep control. James then unleashed a curling shot with her left foot from the edge of the box which bent its way into the upper-left corner of the goal to make it 2-0.

For James, the goal was her team-best third of the season, tying her for third in the conference in the category. It was also her first career match-winning goal, as the Bears scored one later in the second half to make the final scoreline 2-1. James picked up the weekly award from the MVC for the third time in her rookie season, as she was previously named Freshman of the Week for the season’s first two weeks.