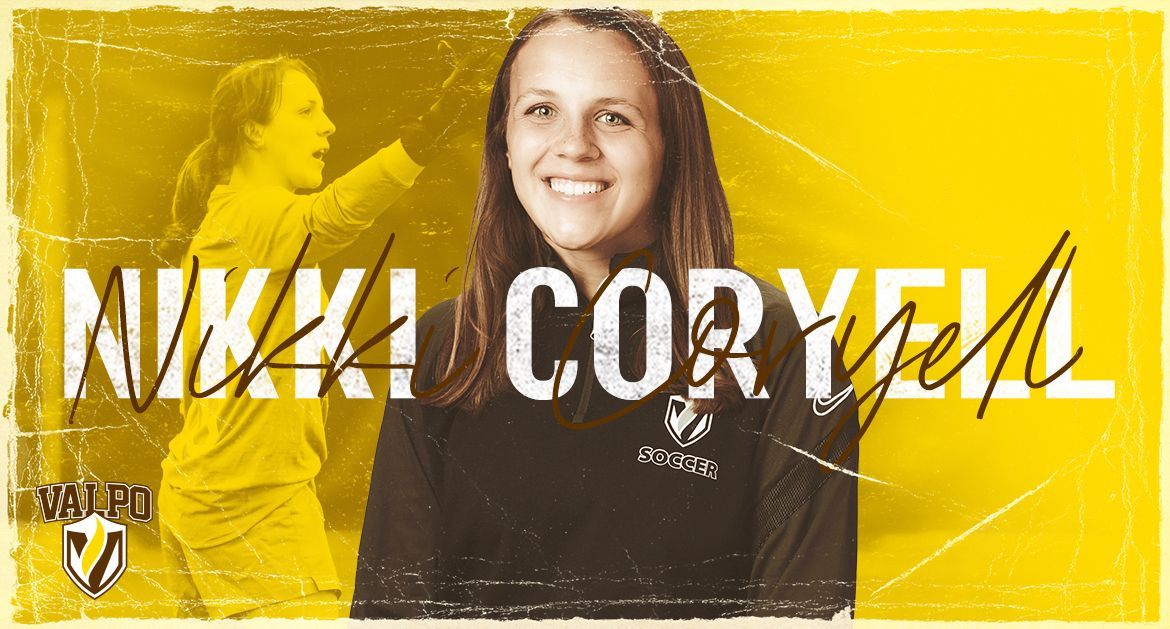 Valpo freshman goalkeeper Nikki Coryell (Aurora, Ill./Metea Valley) has been named the final MVC Defensive Player of the Week of the season after posting a clean sheet in the 1-0 win in the regular season finale at Illinois State.

Coryell made a season-high nine saves in earning her fifth clean sheet of the season, helping Valpo earn the third seed for the MVC Championship. Six of Coryell's saves came in the final 20 minutes as the Redbirds pushed in search of the equalizer, none bigger than a one-on-one save in the 86th minute on Illinois State's Sarah Lafayette after she was played in behind the defense.

For Coryell, it was the second time this season she has been honored as Defensive Player of the Week, as she previously won the accolade on Feb. 23. The freshman closed the regular season with a 0.46 GAA within MVC-only play, best among all Valley goalkeepers.