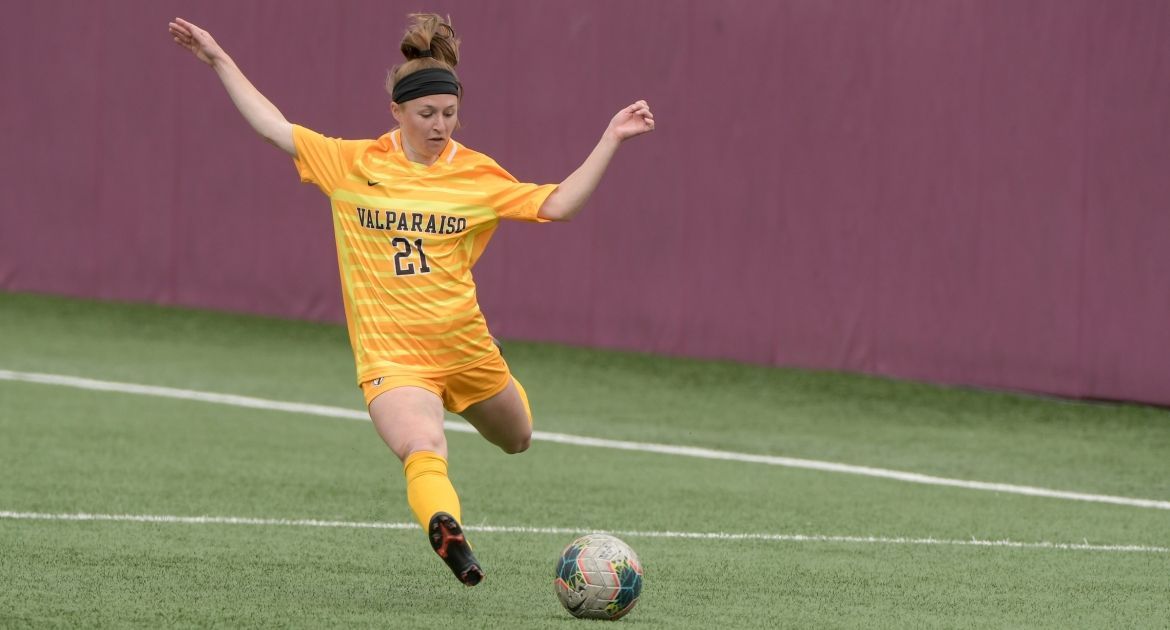 Maris received the All-Region accolade for her role in Valpo’s robust defensive effort this season. After not playing a competitive match in over two and a half years due to injury, Maris returned this spring and played every minute of every match at left back for the Brown and Gold — 1,379 total minutes over 14 matches. She helped anchor a defensive unit which surrendered just eight goals in 14 matches and posted seven clean sheets, including back-to-back shutouts in the first two rounds of the MVC Championship as Valpo advanced to the conference title match. Maris also contributed on the offensive end with an assist on Valpo’s opening goal in its win over Missouri State late in the regular season schedule, a victory which secured a key three points.

The All-Region award marks yet another addition to the trophy case for Maris from her final season in the Brown and Gold. The MVC Defensive Player of the Week in the season’s opening week this spring, Maris went on to be a First Team All-Conference honoree on the back line. Also a standout in the classroom, Maris was a member of the MVC Scholar-Athlete First Team and the recipient of the MVC’s Elite 17 Award, which is presented to the student-athlete with the highest GPA in the conference title match. Maris also claimed Valpo’s Laurel Award, presented to the graduating senior student-athlete with the highest cumulative GPA.

Dugan received All-Region honors for her work up front for the Brown and Gold this spring. Dugan was a stalwart on the attack for Valpo this year, playing 1,172 of 1,379 possible minutes — by far the most of any Valpo attacker. She played 80 or more minutes nine times over the season’s 14 matches as well. Dugan notched a key goal for the Brown and Gold in the 67th minute against Drake to equalize the match against the Bulldogs less than four minutes after Drake had taken the lead in an eventual draw. Dugan joined Maris as a First Team All-MVC honoree previously as well.

Maris becomes the first Valpo player to earn Second Team All-Region honors since 2014, while the Brown and Gold boasted a pair of All-Region recipients for the first time since 2015.