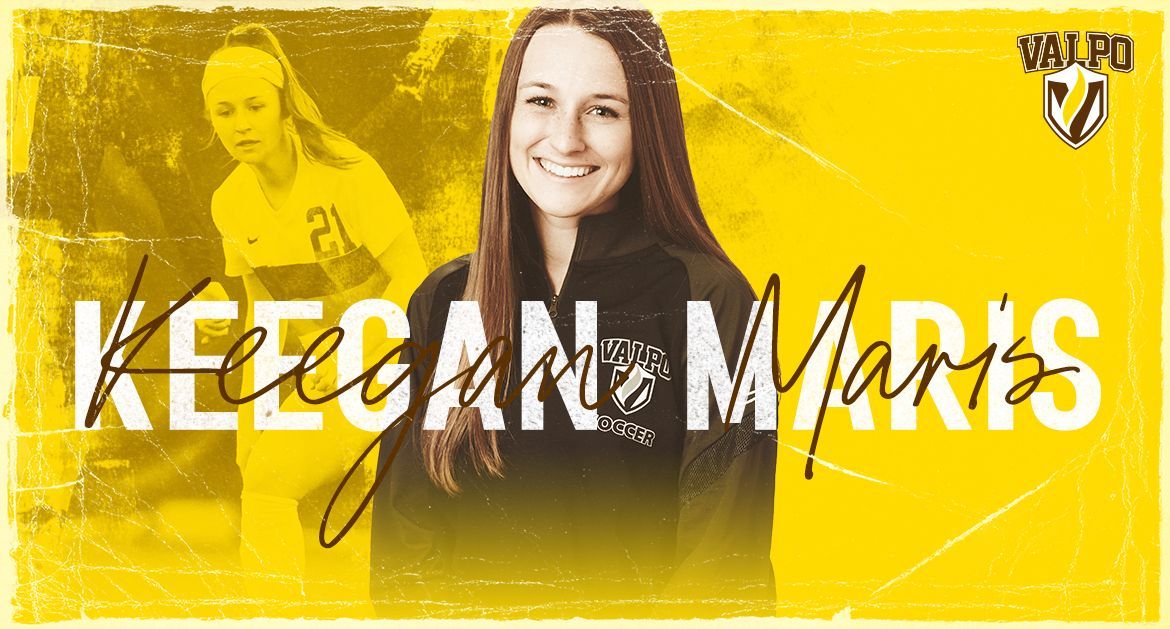 Valpo defender Keegan Maris (Batavia, Ill./Batavia) racked up yet another honor on Thursday to add to her collection from a standout senior season, as she was named a CoSIDA First Team Academic All-District V honoree. With the accolade, Maris is eligible for consideration for the CoSIDA Academic All-America team.

A standout in the classroom, Maris carried a perfect 4.0 GPA as a nursing major. Last month, she was named a Third Team Scholar All-American by United Soccer Coaches, as well as a First Team Scholar All-North/Central Region recipient. She was the MVC’s Elite 17 recipient for women’s soccer, presented to the student-athlete participating in the conference championship match with the highest GPA. Maris was honored with Valpo’s Laurel Award this year as well, presented to the graduating senior student-athlete with the highest cumulative GPA.

Maris earned Valpo Athletics’ Dean’s Award for the College of Nursing and Health Professions each of the last two years as the student-athlete from the college with the best GPA, and was one of three graduating seniors this year to earn the department’s Top of the Class Award. She received the MVC President’s Council Academic Excellence Award for the 2019-20 academic year, is a two-time MVC Commissioner’s Academic Excellence Award recipient and three-time member of the MVC Honor Roll and has earned Valpo Presidential Academic Honors each of the last three years.

On the field, Maris played a vital role in Valpo’s robust defensive effort this season as the program earned its best MVC regular season finish and advanced to the MVC title match for the first time. After not playing a competitive match in over two and a half years due to injury, Maris returned this spring and played every minute of every match at left back for the Brown and Gold — 1,379 total minutes over 14 matches.

Maris becomes the sixth different Valpo soccer player to earn Academic All-District honors over the last 14 seasons, combining for a total of 10 awards. All five previous honorees over that stretch went on to be named an Academic All-American.