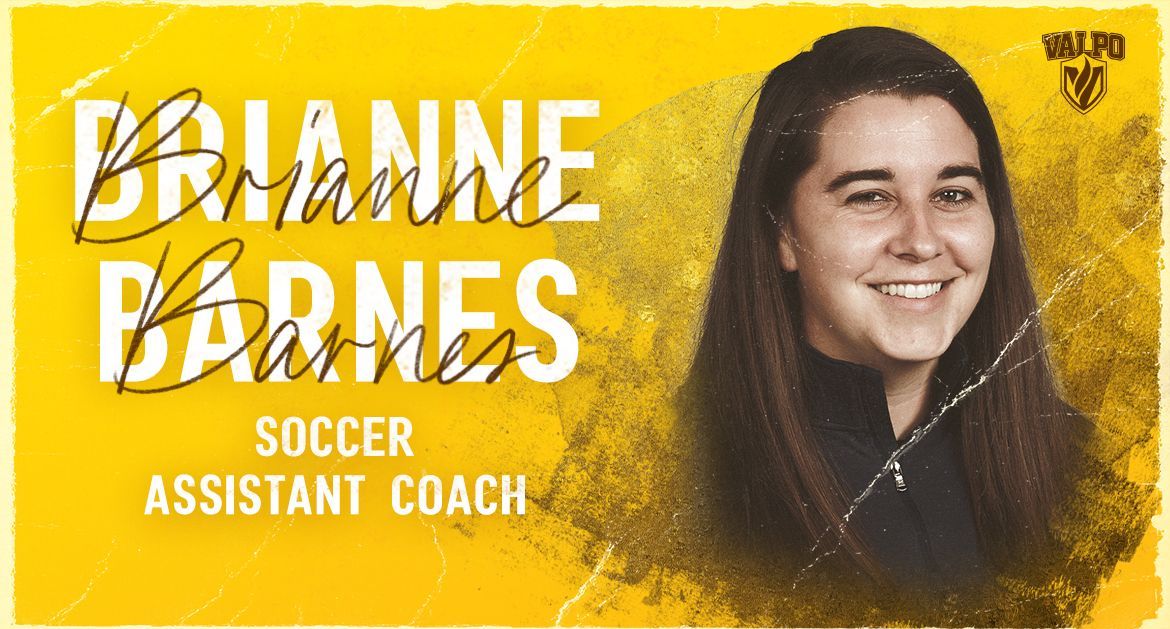 Valpo soccer head coach John Marovich announced today that Brianne Barnes has joined the program entering the fall 2021 season as an assistant coach. Barnes brings a decade of collegiate coaching experience with her to Valpo.

“We are so excited to add Brianne Barnes to our Valpo soccer family,” Marovich said. “She helped lead teams to conference championships while making an incredible impact on the women in her charge, both on and off the field.  This passion for development makes her a great fit with our staff and the program's environment. We can't wait for Brianne to get started as she will be a terrific leader and coach for the young women here at Valparaiso University.”

“I'm incredibly excited to be joining the Valpo soccer family and grateful to Coach Marovich for the opportunity,” Barnes said. “My time at Cedarville was amazing and helped prepare me for this next step on my coaching journey. This team has big things ahead and I am looking forward to jumping on board as we build on their success in The Valley from last season.”

Barnes has spent the last 10 years on staff at Cedarville, the last seven as an assistant coach after three years in a graduate assistant role. Over her 10 years, the Yellow Jackets posted a 103-72-14 record, including a school-record 16 wins in 2019 when Cedarville won the National Christian College Athletic Association (NCCAA) national championship.

Barnes helped lead Cedarville to the 2013 Great Midwest Athletic Conference (G-MAC) regular season title and the 2015 G-MAC tournament title, the latter resulting in a berth to the 2015 NCAA Division II national tournament. Barnes was part of a coaching staff in 2019 which was named NCCAA National Coaching Staff of the Year.

In addition to being involved in all aspects of the Yellow Jackets’ varsity program, she also was charged with running Cedarville’s reserve team. Barnes also brings seven years of experience as a head coach with Ohio Galaxies FC and has coached at numerous camps as well.

A 2010 graduate of Cedarville University with a degree in electronic media, Barnes was a four-year member of the Yellow Jackets program as a student-athlete at goalkeeper. She holds her USSF “D” license, has earned the NSCAA Goalkeeping Level 1 Diploma and attended the NCAA Women Coaches Academy.