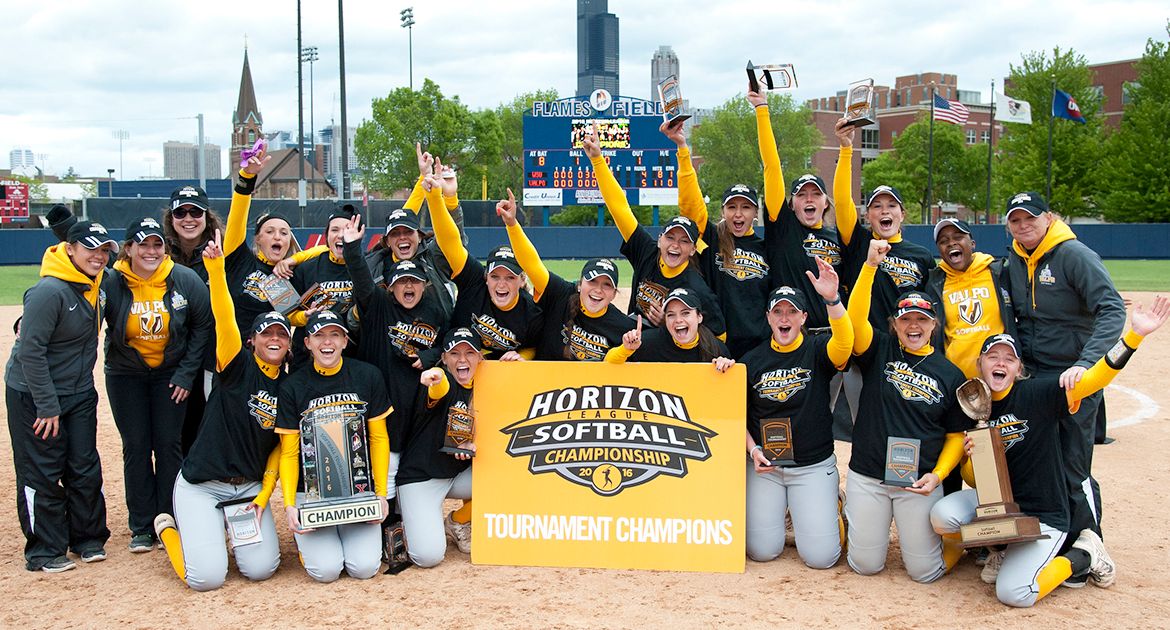 Over four rounds of voting, 16 of the top moments and achievements from the past year have been whittled down to just one. With over 1,000 votes cast in the final round, the softball team's run to the Horizon League Championship has been crowned the Best of Valpo Athletics for the 2015-2016 season!

In eighth place with eight days to go in the regular season, needing a win on the final day of the regular season just to secure a spot in the tournament. But once it got to the Horizon League Championship, the Crusader softball team more than proved it belonged. The sixth-seeded Crusaders rolled through the first three days of the tournament, out-scoring Youngstown State 10-6 before Taylor Weissenhofer tossed back-to-back shutouts versus Wright State and UIC to advance to Championship Saturday. It looked like the tournament was destined for a winner-take-all game, as Valpo trailed 4-0 entering the bottom of the seventh inning to Wright State in the first title game. But the improbable run was missing just an improbable rally, as the Crusaders pushed across four runs to force extra innings and earned the walk-off tournament championship in the bottom of the eighth. Sam Stewart was named Tournament MVP, while Weissenhofer – who pitched all but two outs over the four games – was named Pitcher of the Championship and Lanie Callaghan was named Batting Champion.