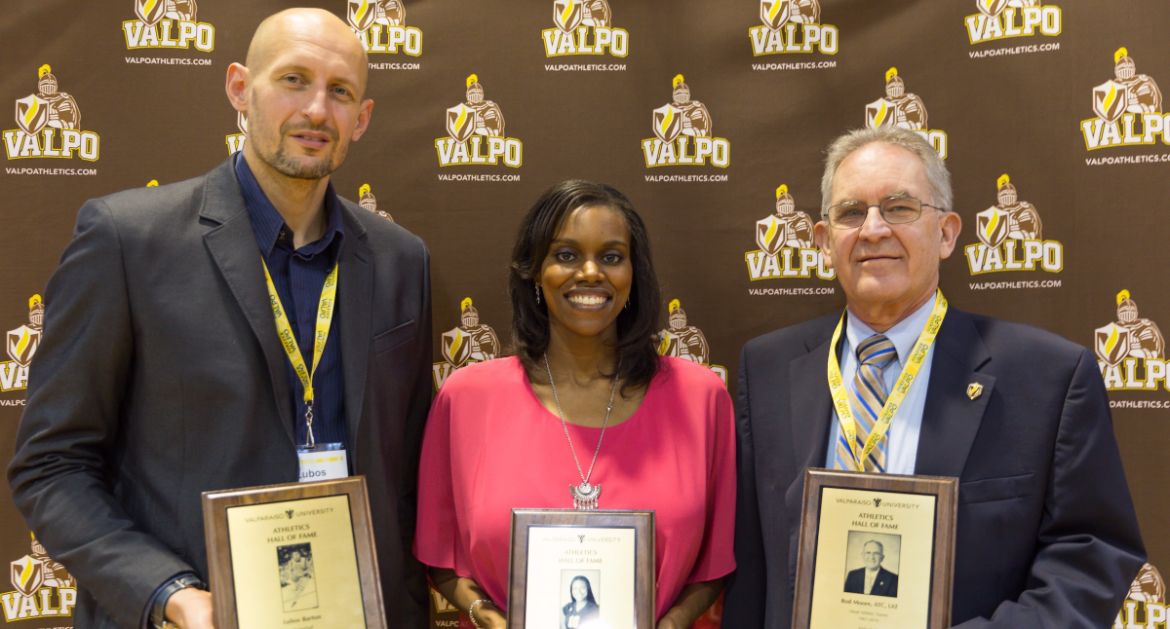 Last Saturday was a special day for three former Crusaders, as Lubos Barton ’02, Rod Moore ’68, ATC, LAT, and Angie Porché ’10 Rundh were inducted as the 20th class into the Valparaiso University Athletics Hall of Fame.