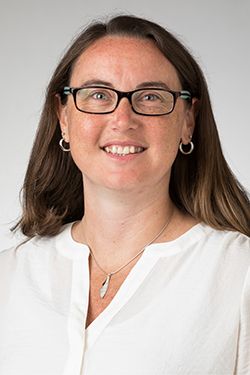 In addition to overseeing the Valpo compliance office and holding the position of SWA, Pruess serves as the sport administrator for women’s soccer, softball, women's tennis, bowling and men’s and women’s swimming, with secondary administrative duties for women's basketball.

Pruess joined the staff at St. Bonaventure as Assistant A.D. for Compliance in August 2012 and was promoted to Associate A.D. in September 2016. In addition to overseeing all aspects of the Bonnies’ compliance efforts, Pruess provided sport oversight for softball, men’s and women’s cross country and men’s and women’s track and field. She also served on the Executive Athletic Compliance Committee and was the institution’s Deputy Title IX Coordinator for Athletics.

Pruess was a four-year letter winner in softball at Albion College and graduated from Albion in 2002 with a bachelor’s degree in economics and management. She earned her master’s degree from the University of Denver in 2003 in management, with a concentration in sports management.