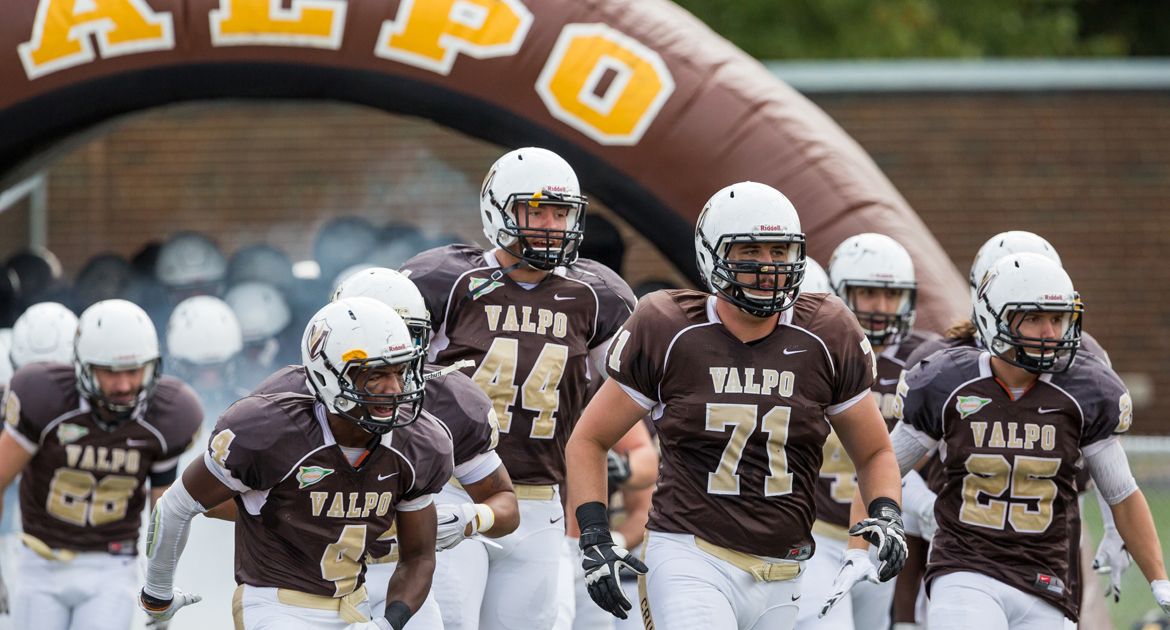 For the first time in program history, five members of the Valparaiso University football team were selected to the 2016 National Football Foundation (NFF) Hampshire Honor Society.

2015 represented Green's third consecutive 100-tackle season as he amassed 117 stops on the year. His tackle total led the Pioneer Football League (PFL) and ranked eighth in all of Division I FCS. Guilford racked up 12 tackles for a loss in 2015 - good for sixth in the PFL - in addition to five sacks. Hutson put the finishing touches on an illustrious career in the backfield for the Brown and Gold. He led the rushing attack with 281 yards and a pair of touchdown rushes. Hutson also finished third on the team in receiving yards (243) and catches (29). Manterach was a critical veteran voice on a predominantly young offensive line. He started in nine of Valpo's ten games in 2015. Staal battled through injuries as he paced all Valpo quarterbacks in passing yards per game (168.2). He fired three TD passes and accumulated 841 yards through the air.