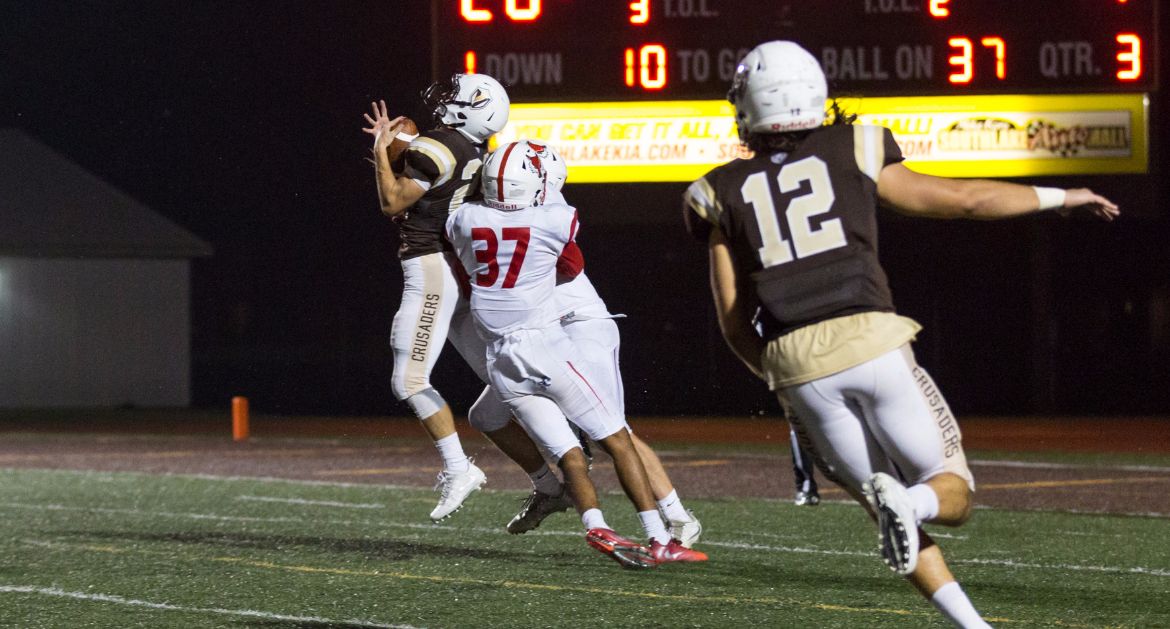 The Valparaiso University football team dominated every aspect of a 49-15 victory over Marist on a stormy Saturday at Brown Field. The Crusader defense set the tone by forcing six turnovers including five interceptions, and the offense did the rest, racking up 475 total yards and scoring 49 points against a Marist program against whom Valpo had scored a total of 28 points in six all-time meetings before Saturday.

“It was as satisfying of a victory as I’ve had in my tenure year as the head football coach here. It was a win, and we did it in every way you want to win a football game. We did it with offense, we did it with defense and we did it with special teams. We did it by winning the turnover battle, we did it by winning the penalty battle. We made plays in critical down and distance situations. We did a great job in the red zone. It was an incredible performance against a team that is very talented. To be able to get a win with the score differential as wide as it was and dominate in that type of fashion – it’s one thing when you’re doing it against an NAIA program, but it’s another thing when you’re doing it against a team that a lot of people picked at the top of the PFL. Hats off to our players and how they handled the adversity. We talked a lot last night about focus. I think our coaches did an excellent job during two really long lightning delays. Our players did an outstanding job with their calm, composure and enthusiasm. They handled the breaks well, and came out with an energy that was infectious. The defense would make a play, and then the offense would make a play, then special teams would come up big. It was a great victory, and if we can play with this type of mentality and this type of execution, we’re going to win a lot of football games for the remainder of the season."

The Crusaders will enjoy a bye week next week before returning to action on Saturday, Oct. 28 against Morehead State at 1 p.m. CT at Brown Field.