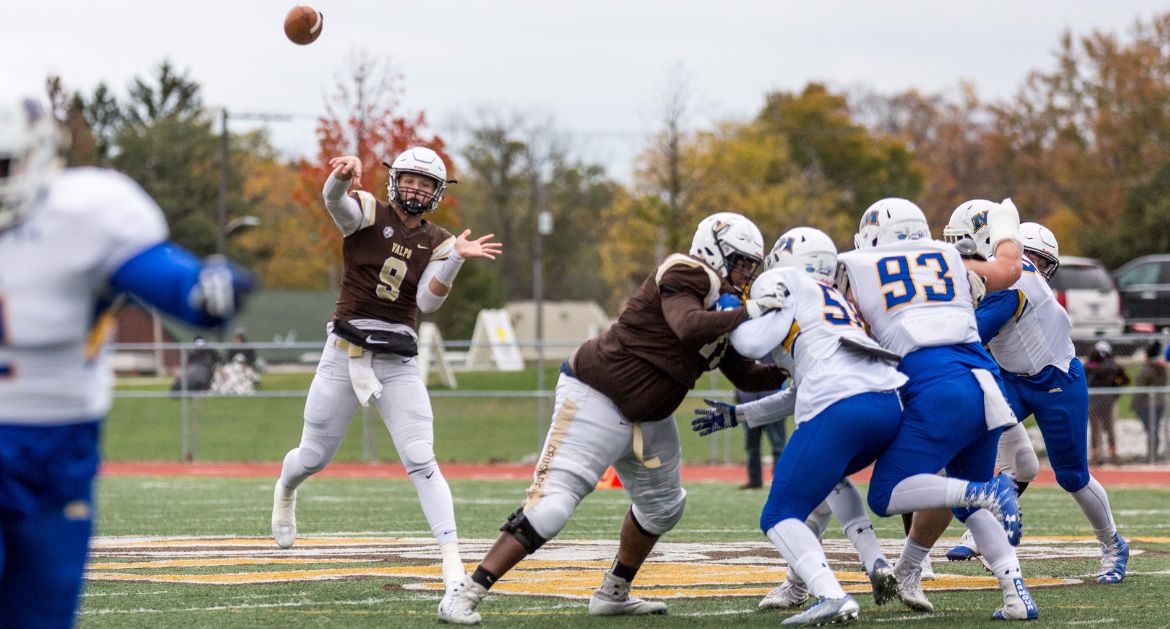 Jimmy Seewald was named the PFL Offensive Player of the Week on Sunday.

A leader of a team that has clicked on all cylinders and in all phases over the last two games, Seewald  went 14-of-24 passing for 316 yards and a pair of touchdowns to help the Crusaders dispatch Morehead State 63-32 on Saturday.

Seewald, who earned his second PFL Offensive Player of the Week award this season and the third of his career, got plenty of support from the players around him in the win over the Eagles. The Crusaders rushed for 281 yards and the defense forced six turnovers to set the stage for Seewald, who completed passes to 10 different players. Four Crusaders had receptions of 30 yards or more.

Seewald connected with Jean Rene for a 54-yard touchdown late in the second quarter, then completed his other TD pass less than two minutes later, a 17-yarder to Kyle Cartales.

The Crusaders totaled 597 yards of offense on their way to nailing down their first pair of back-to-back PFL wins within the same season since 2003. Valpo stands at 4-4 – the first time the team has been .500 or better through eight games since 2007. In addition, the Crusaders are 3-2 in PFL play, their first winning record through five PFL games since the league did away with two divisions following the 2005 season.

Valpo hits the road to visit Jacksonville on Saturday in a game that will begin at 11 a.m. CT. The game can be seen on ESPN3 and links to live video, audio and stats will be available on ValpoAthletics.com.