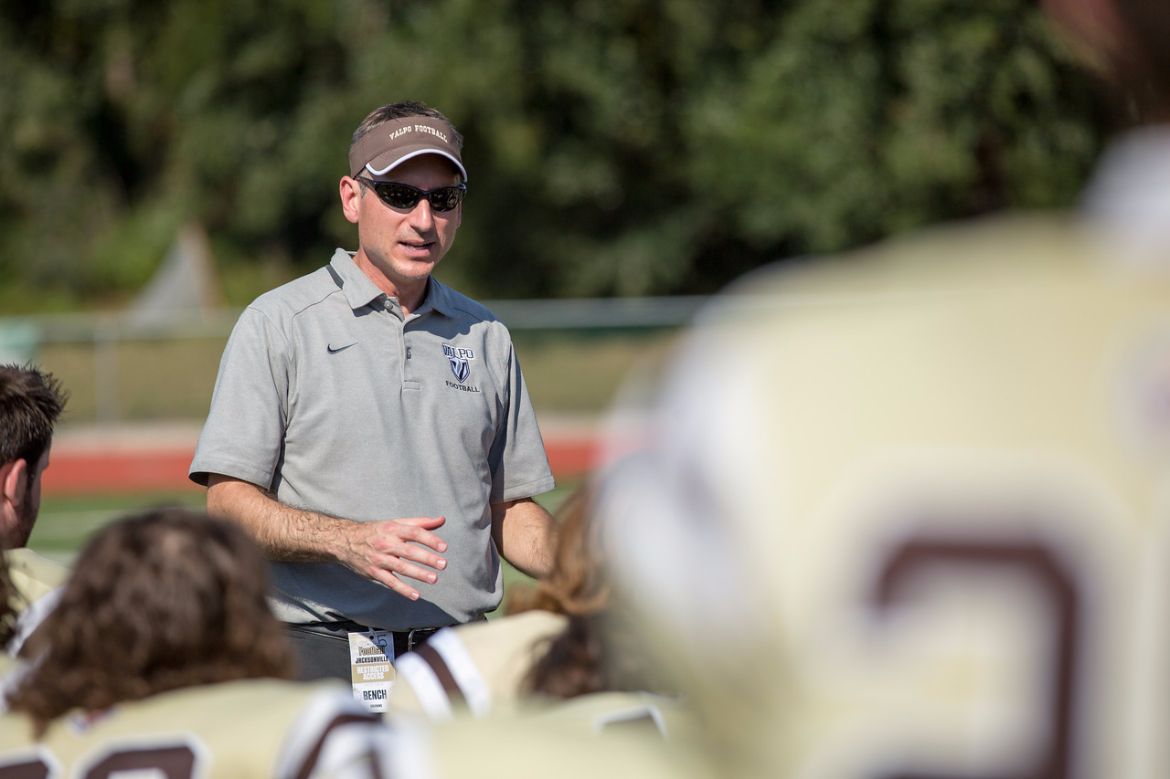 Dave Cecchini was named one of 18 finalists for FCS Coach of the Year on Monday.

After taking a team that was picked to finish 10th of 11 in the Pioneer Football League to its first winning season since 2003, Valparaiso University football coach Dave Cecchini has been named one of 18 finalists for the 2017 STATS FCS Eddie Robinson Award, which is given annually to the FCS Coach of the Year.

The Crusaders won three total games, all against the same opponent, in the four seasons prior to Cecchini’s arrival in 2014. Valpo finished this season 6-5 overall and 5-3 in league play by virtue of Saturday’s 8-7 win over Dayton, a team picked to finish second in the PFL and one Valpo hadn’t defeated since 2003. Valpo tied for third in the PFL, finishing ahead of six teams in the league standings for the first time since 1954 and the second time in program history.

Valpo, which captured five league wins in the same season for the first time since 1961 and the third time ever, finished the season with wins in four of its last five games including a victory over rival Butler for the Hoosier Helmet trophy.

Offensively, Valpo scored 330 points and racked up 4,400 yards, both the second most in program history.