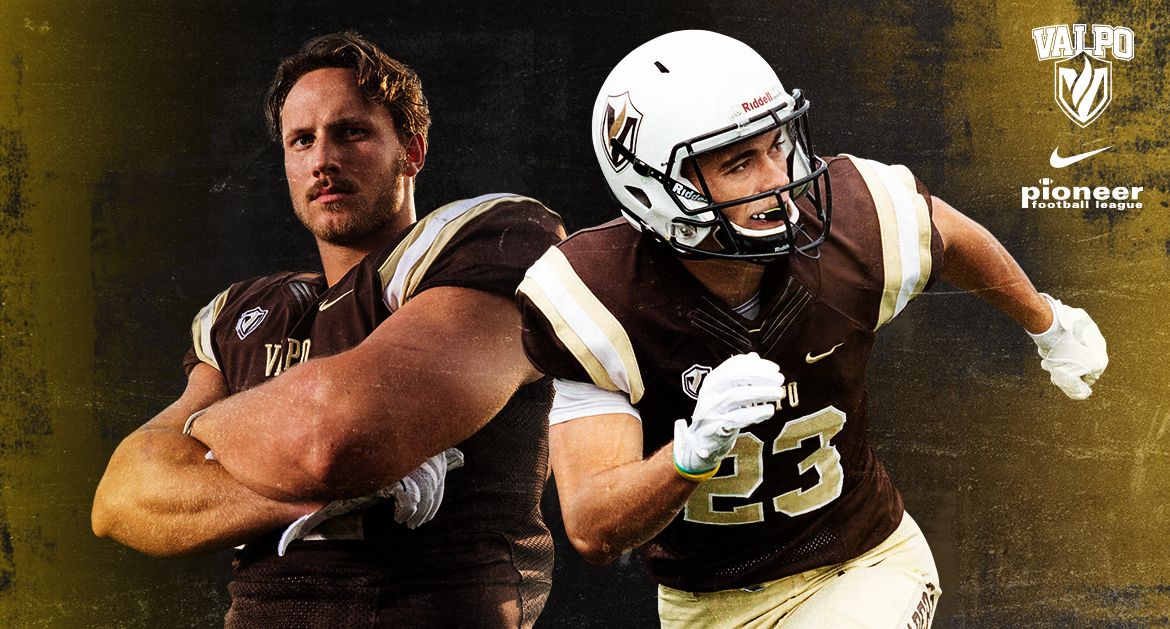 The Valparaiso University football team was represented on both the all-Pioneer Football League first and second teams as the conference announced its postseason honors on Tuesday.

Snouffer led the PFL with 11.8 tackles per game, a mark that ranked sixth nationally in Division I FCS. He had two defensive touchdowns this season, notching a 40-yard interception return for a touchdown on Oct. 20 at Morehead State and a 50-yard fumble return for a TD on Nov. 3 at Marist. In the process, Snouffer became the first Valpo player with two defensive TDs in the same season since Devan Gadson in 2012 and the first with both a pick six and a fumble return for a score in the same season in over 20 years.

Snouffer finished with 4.5 tackles for loss, two sacks and two fumble recoveries in nine games this season. He earned all-PFL honorable mention in both 2016 and 2017 during his sophomore and junior campaigns.

Junior Bailey Gessinger (Goshen, Ind. / Northwood) was recognized for his work as a return specialist as a member of the all-PFL second team for the third straight season. He was named the PFL Special Teams Player of the Week on Oct. 14. Gessinger enters his senior season with four career kickoff returns for touchdowns, one shy of tying a PFL record. Two of those returns came this season, allowing Gessinger to equal his own program watermark for kickoff return TDs in a single season with two.

Gessinger broke off a 97-yard kickoff return for a score in a 35-17 win over rival Butler on Oct. 13 before turning the trick again, this time for 93 yards, the next week at Morehead State. The Valpo junior finished the season with 10 punt returns for 41 yards and 39 kickoff returns for 954 yards (24.5 yards per return).

OFFENSE (3 RBs due to tie in voting)