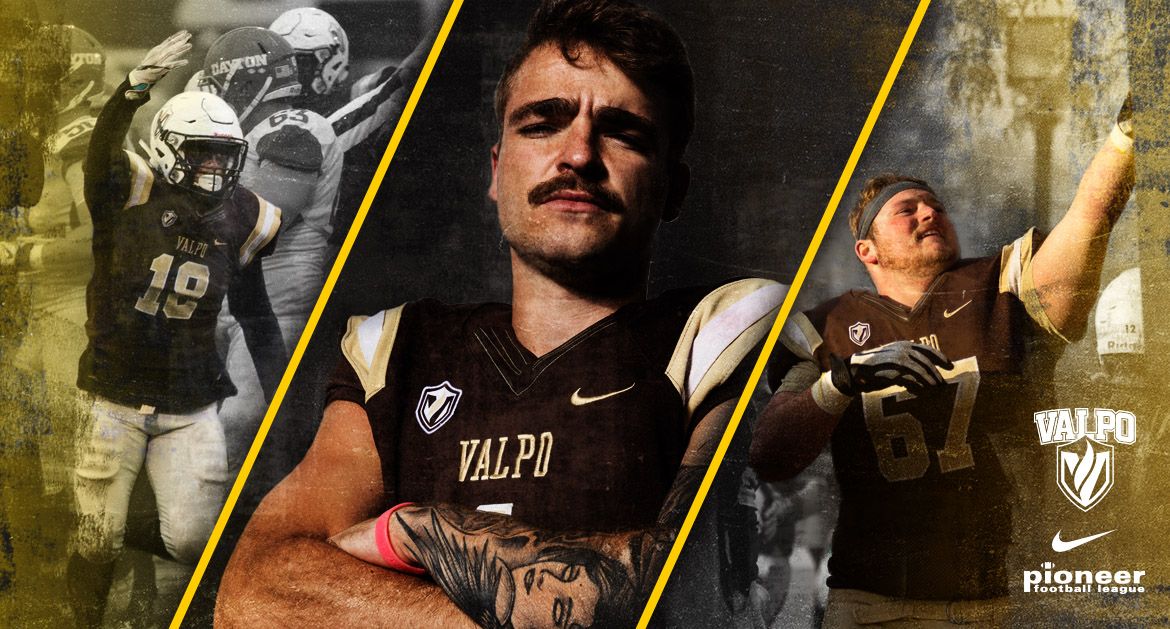 A trio of Valparaiso University football players were recognized for their accomplishments both in the classroom and in competition as the Pioneer Football League released its all-academic teams on Wednesday.

Wheeler, who owns a 3.80 GPA in economics, was second on the team in tackles for loss with 7.5 for 22 yards including three sacks for 14 yards. He racked up 52 tackles over 11 games, highlighted by a career-high 13 tackles in a Nov. 10 win over Jacksonville on Senior Day at Brown Field. Wheeler was named the team’s Defensive Player of the Week following that showing against the Dolphins. In addition, the senior had 2.5 tackles for loss on Nov. 3 at Marist, equaling the most by a Valpo player in a single game since 2015. Off the field, he is the Co-President of Valpo’s Fellowship of Christian Athletes. This marks the second straight day Wheeler has received a league honor, as he was named All-PFL Honorable Mention on Tuesday.

Rentschler is a repeat honoree, this time nabbing a place on the first team after being named to the Academic All-PFL Second Team as a junior. The senior computer engineering major owns a 3.74 grade point average. He played in the final 36 games of his collegiate career and was a member of an experienced Valpo offensive line as a senior. Rentschler, a local to Northwest Indiana, was inducted into Order of Omega national Greek leadership honor society this year.

Latsonas holds a 3.35 grade point average in physical education teaching. A 2017 All-PFL Honorable Mention recipient, Latsonas made a 50-yard field goal in the season finale at Stetson, outdoing his previous personal best of 44 and converting the longest field goal by a PFL kicker this season. In addition, that was just the 26th made field goal of 50 yards or longer in the Division I FCS nation this season and the longest field goal by a Valpo kicker since 2003. In addition, Latsonas shattered his own record for made extra points in a single season with 36 this year. He previously set the school record with 35 in 2017.