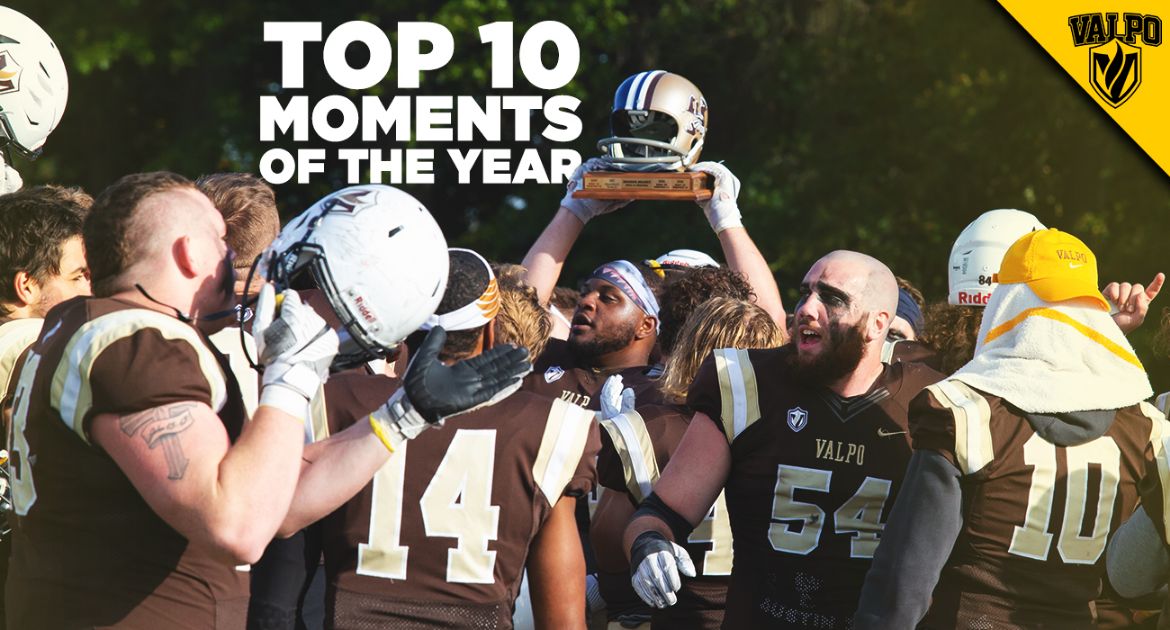 Our countdown of the Top 10 moments of 2018 in Valparaiso University Athletics begins with the football team’s 35-17 triumph over rival Butler on Oct. 13.

The team defeated the Bulldogs for the second consecutive season for the first time since 2005. The Hoosier Helmet trophy was created in 2006, so this marks the first time it has called Northwest Indiana home multiple years in a row. Valpo is 3-2 against Butler in Dave Cecchini’s five seasons as head coach.

Valpo went 14-of-18 on third-down plays in the game, becoming the first FCS team nationally with 14 third-down conversions in a game this season. Cody Boxrucker ran for three touchdowns, while Bailey Gessinger had a 97-yard kickoff return for a score.

The countdown continues on Monday as we unveil the No. 9 moment of the year in Valpo Athletics.