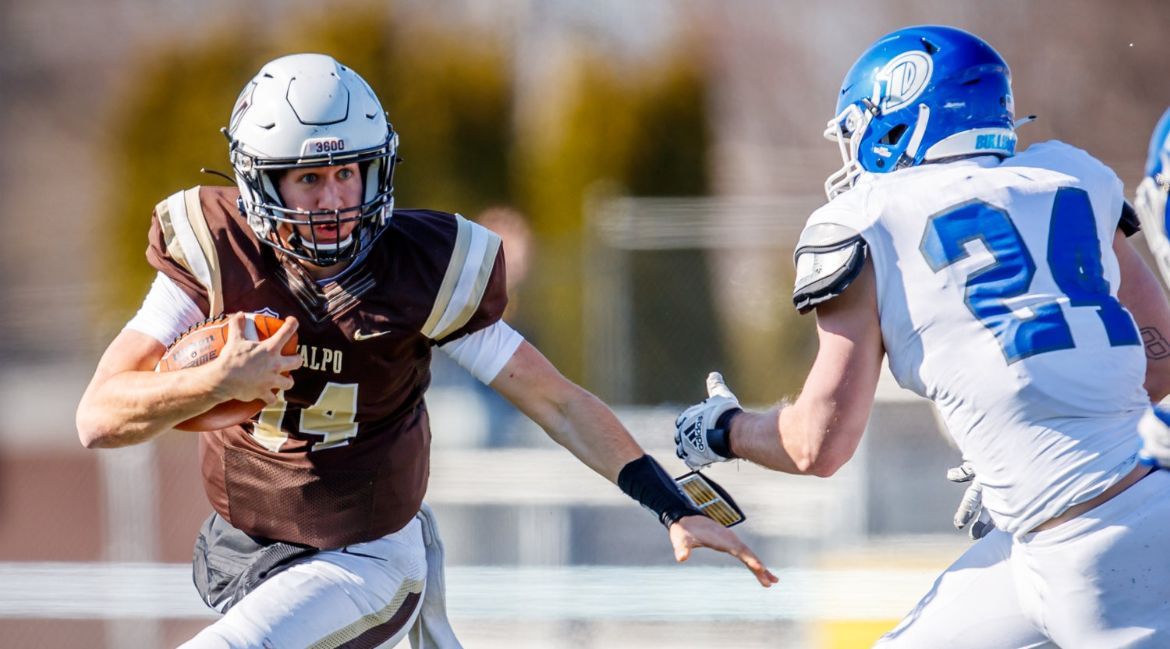 The Valparaiso University football team fell 17-6 to visiting Drake in the Spring 2021 home opener on Saturday afternoon at Brown Field. Kicker Brian Bartholomew (Sugar Grove, Ill. / Kaneland) made a pair of field goals to account for the Valpo scoring, while Keyon Turner (Chicago, Ill. / Marist) and D.J. Hutcherson (Leesburg, Va. / Heritage) each forced turnovers for the Brown & Gold defense, a unit that put together a strong performance on Saturday. The Valpo defense held Drake to 211 yards of total offense, the fewest permitted by Valpo in a Pioneer Football League game since 2010.

Valpo (1-1) will return to action next Saturday at 1 p.m. at Brown Field with the Hoosier Helmet up for grabs as Butler comes to town. The game will be broadcast on ESPN+ with links to live video, audio and stats available on ValpoAthletics.com.