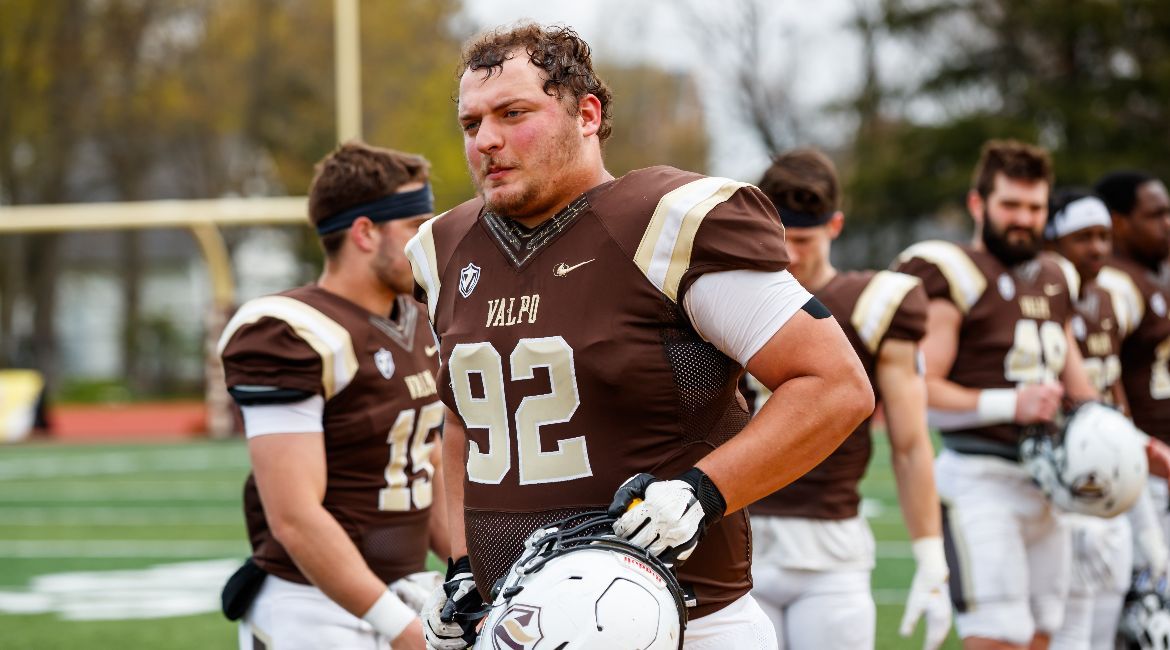 Drew Gedrys blocked a pair of PATs in a one-point win on Saturday.

It was only fitting that a senior made two of the biggest plays in a signature Senior Day victory. His efforts helped deny the Toreros a share of the PFL title, snapping their streak of six straight. Gedrys became just the third player in the FCS nation to block two kicks in the same game this season. He turned away one extra point in the first quarter and one in the fourth quarter of the 20-19 victory over the Toreros, a win that wrapped up Valpo’s best winning percentage since 2003 and represented the team’s first triumph over San Diego in 18 years. Gedrys now has four blocked kicks in his Valpo career.